Mrs Price taught in Market Lavington for at least 20 years, but she was not Lavington born.

She was born in Heytesbury, Wiltshire in about 1867. We have not traced her parents.

In 1871, for the census, she was living with her uncle, a farmer at Nunney in Somerset.

For the 1881 census she was with her grandmother in almshouses on the edge of Salisbury.

Her marriage to Easterton born Albert Edward Price took place in the Warminster district in 1889.

For the 1891 census the couple lived in Easterton. Albert was described as a farmer and the couple had a young son, 11-month-old Richard.

By 1901 Emma was working as an assistant teacher. Albert was a coachman. The only child with them was still Richard. The little family lived at Fiddington Lodge.

Roy Harry Price was born in about 1902 and he can be found with his parents, including Emma the schoolteacher, at Fiddington Lodge on the 1911 census.

Our photo, a class photo at Market Lavington School dates from about 1920. 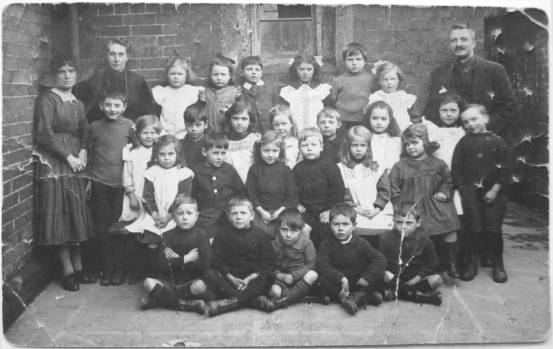 Class at Market Lavington School in 1920. Mr Laycock, the headmaster is at the right. Mrs Price is the lady at the left in the back row.

Mrs Price is picked out below. 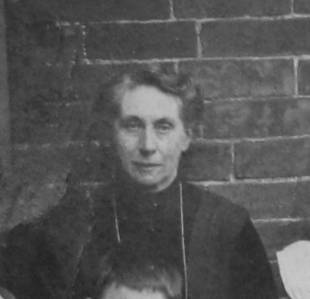 Emma died in 1929 and is buried in the churchyard at St Mary’s, Market Lavington.

Albert was still living on High Street in 1939. He joined Emma in the churchyard in 1946.

We’ll return to that school photo on another occasion.