Mrs Sayer at the 1927 Carnival

In Market Lavington and Easterton the carnival was always a part of Hospital Week. Before the National Health Service people needed ready money to pay for health care and those that didn’t have money had to either go without or rely on charity. The Hospital Week raised money and provided folks with a good time.

Mrs Sayer was wife of Fred who ran the local bus and coach company. She always dressed up as something for the carnival and in 1927 she appears as a banjolele playing minstrel. 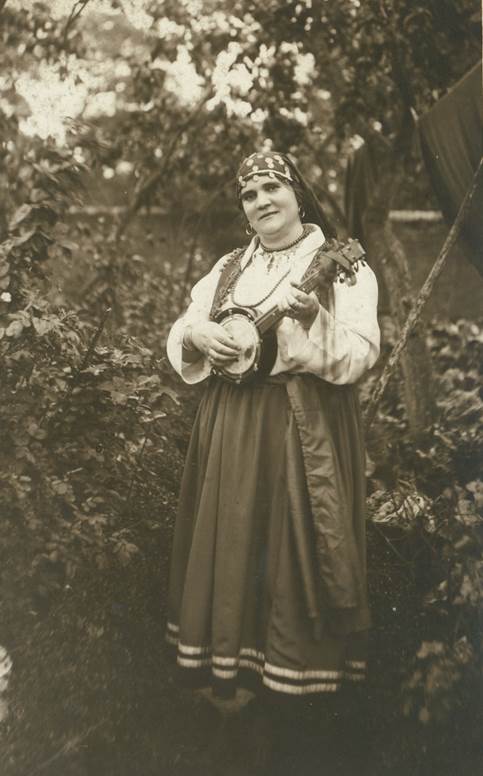 Mabel Sayer at the 1927 Market Lavington and Easterton carnival

The banjolele had the size of a ukulele but the general form of a banjo – it was a cross between the two instruments. It had four pairs of strings with each pair tuned to the same note. It was actually the instrument of choice for George Formby.

Mrs Mabel Sayer (née Weston) was born around 1880 in Bath.