When this image appeared in the local paper (Wiltshire Gazette and Herald) back in 1987, local residents in Market Lavington and Easterton were invited to tell the paper more. The image was of a ‘grounded’ aeroplane and its caption suggested it had crashed on Easterton Hill in 1944, causing two fatalities. 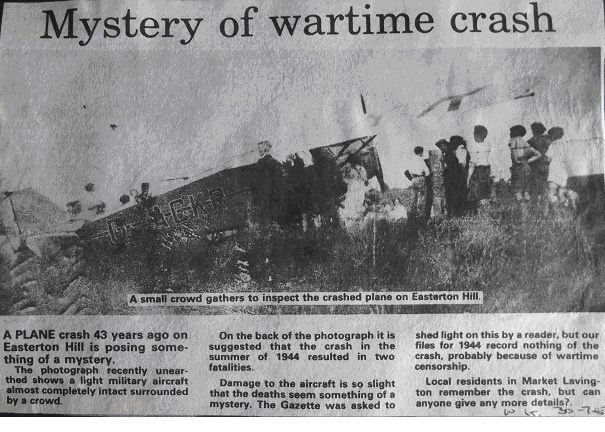 News clip from the Wiltshire Gazetter and Herald in 1987 - an aircraft 'down' on Easterton Hill, possibly in 1944

Locals rose to the challenge. The image prompted a flood of letters to the paper. 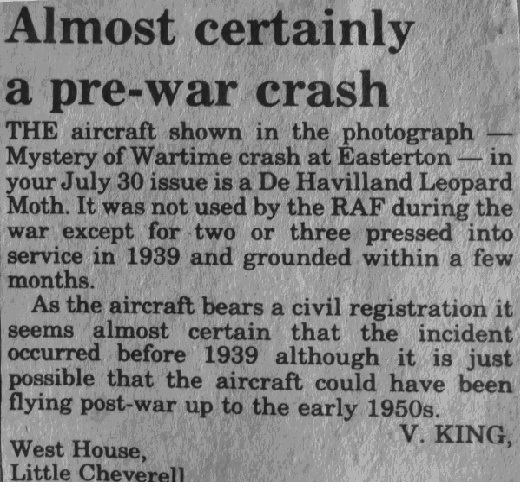 Tom Gye of Market Lavington agrees - this was not the wartime crash.

Clem Bowyer of Market Lavington tells us that the trampling of the crops around the crash actually improved the yield! 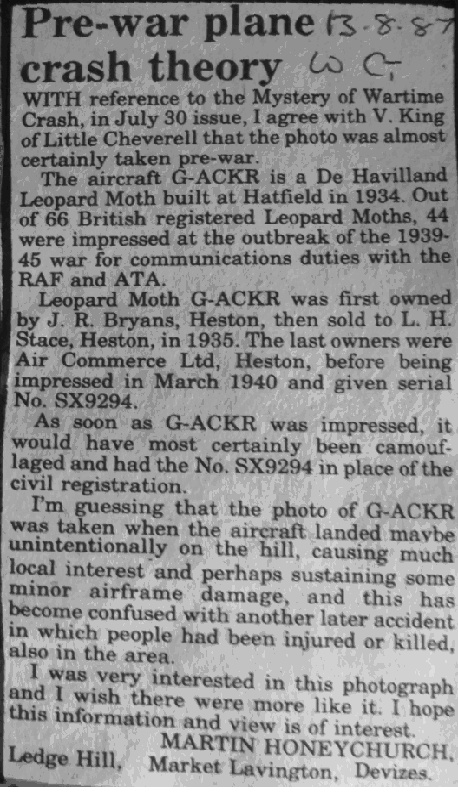 Martin Honeychurch of Market Lavington has done the research.

Well done Martin – who seems to have at least identified the plane. Like Martin, we wish there were more photos like it. If there are, and they were taken in Market Lavington or Easterton, then please let us know at the museum.