One display portrays something of the life of the Congregational Church. 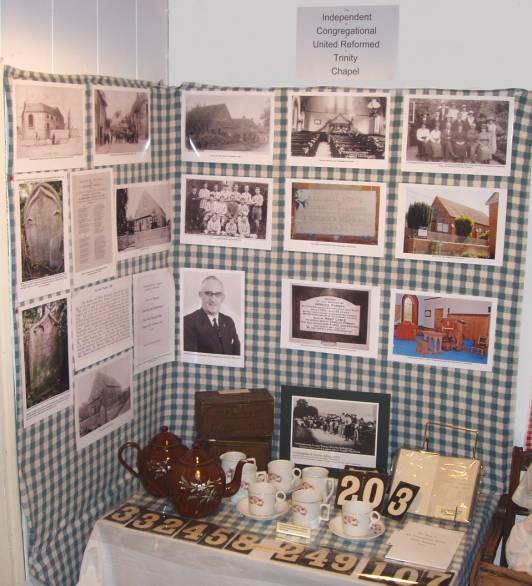 This body of people set themselves up as the Independent church at the start of the nineteenth century. Soon, they were using the former Quaker Meeting House at the Easterton end of Market Lavington High Street. The group flourished and in 1892 a new church was opened, opposite the former Quaker room, which was retained for Sunday Schools. A vestry was added to the building in 1919.

The Sunday School building was sold off in 1968. A new, small hall was opened behind the church, which became known as The Powner Hall after Bertram Powner who was the Pastor at the time.

Various mergers have taken place. Nationally, the Congregational Church became the United Reformed Church in the 1970s. Then, locally, the Methodist congregations at both Easterton and Littleton Panell joined with the Market Lavington group with the three churches forming Trinity Church.

The 1892 building began to need quite extensive repair work and it was decided to move services to Market Lavington’s new Community Hall. The last service in the 1892 church took place in June 2008.

In 2010 the chapel building was sold by auction for conversion to a dwelling house. Trinity Church continues to meet in the Community Hall.

The church was not just about services and worship. Church members enjoyed a good social life as well, with outings to places like Bratton Tea Gardens, when transport was horse powered, or as far away as Weymouth when charabancs became available. Our display includes photos of some of the social occasions.

Cups of tea have been the backdrop to much social activity during the time the church has existed and we are delighted that a local lady saved a pair of the teapots used by church members and has just given them to the museum. They form a part of the display. 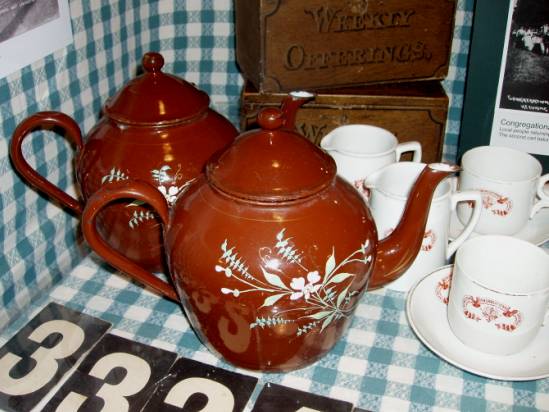 The newest acquisitions at the museum are the church teapots. They form part of the display