More answers from the Market Lavington Museum ‘what is it?’ quiz.

Quiz item four carried the initials N. N. This was because it had been made, decorated and used by Norman Neate. Norman was the last commercial brewer in Market Lavington. His pub, The Brewery tap, on White Street closed, along with the brewery in the mid 1920s at which point the old single storey pub had an extra floor added and was converted into a pair of houses. A recently found photo shows Norman and his wife, Martha, relaxing with the dog in the 1930s. 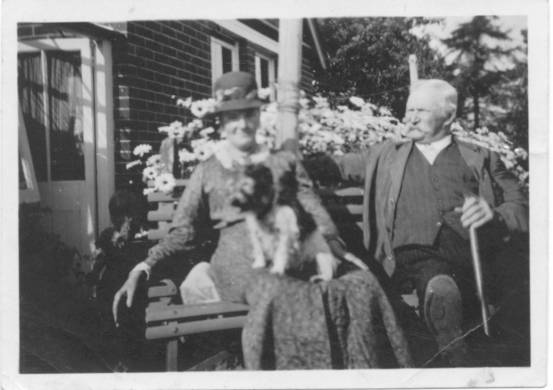 The item, number four has more to do with dogs than brewing. Norman was an avid shooter and when out he took a dog with him. Our mystery item was the quick release dog lead handle, which Norman devised. He could release his grip and allow the lead to slip through the handle as he sent his dog off retrieving. 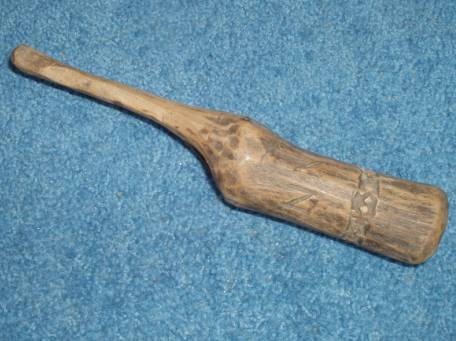 And now a couple more of our items from the quiz at Market Lavington Village Fete, which was held yesterday. 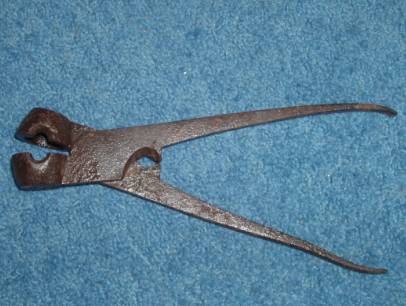 The next entry will complete the answers to the ‘What is it?’ quiz.