Here we have a recently acquired photograph. It is wonderful how these images of old continue to come to light. This photo is in a small album in which many of the photos are not local. Others are labelled as 1929. This one is not but we assume it dates from the same era. 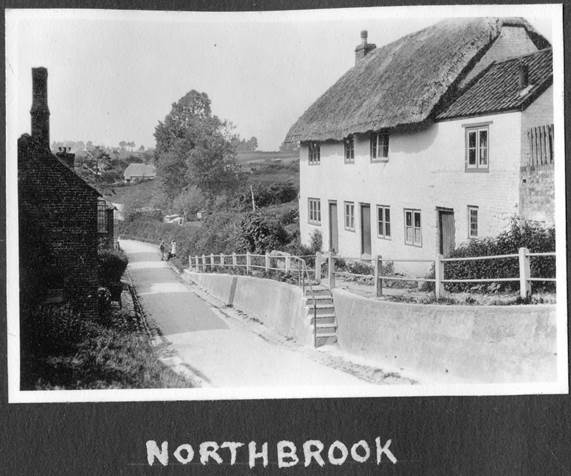 view of Northbrook, believed to be in 1929

What a magnificent photo, particularly of the house on the right – or perhaps I should say building on the right for whilst it is one house now, it appears to be three cottages with three front doors then, 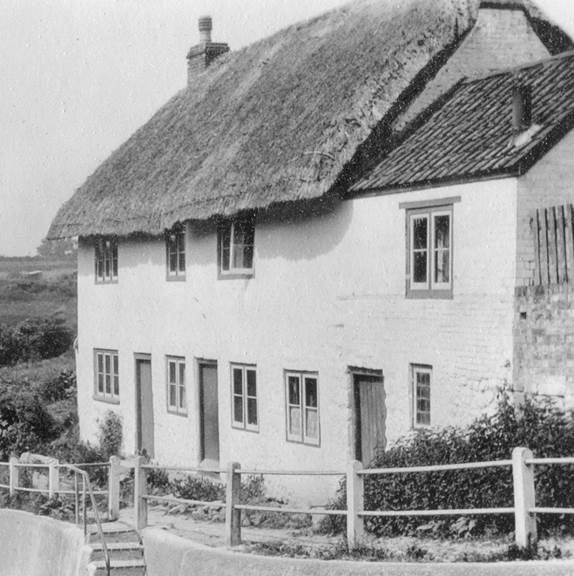 This property still stands, but is now one house and no longer thatched

The other clear difference is that the bulk of the property was under a thatched roof back then.

The building on the left, with the tall chimney has vanished entirely. 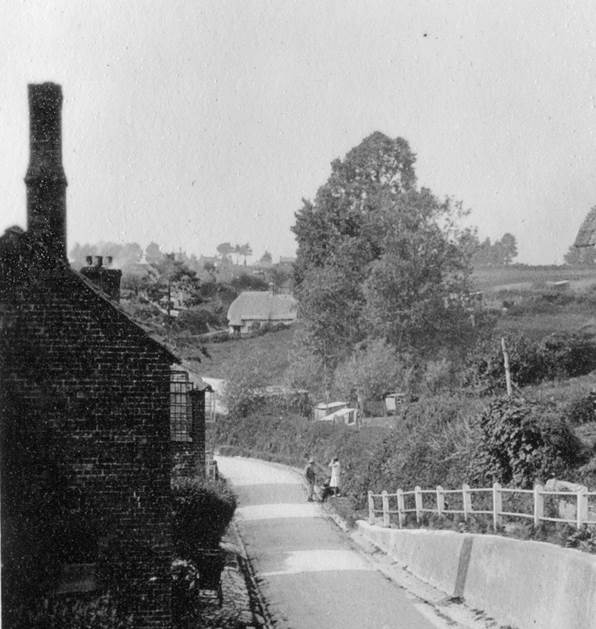 At that time there was an uninterrupted view to ‘The Rest’ which still remains a thatched cottage on the hill up to the sands. These days there are detached houses built on the right side of Northbrook which hide that view

The little group of people having a chat at the bottom of the hill are probably too small for recognition.

Great photo. We love it at the museum. Let’s end with a similar view in May 2014.