A recent gift to the museum is a watercolour painting depicting the former Tudor cottage on Northbrook. The cottage stood close by the bridge which carried the road called Northbrook over the stream of the same name. 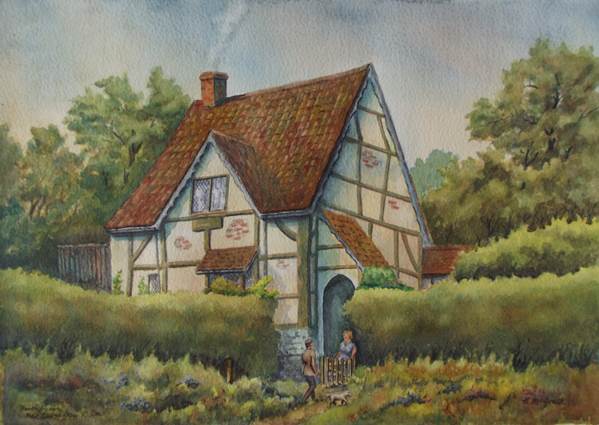 The Tudor Cottage on Northbrook – a watercolour by Roy McGrath

The artist (who was not the donor) has signed his work. 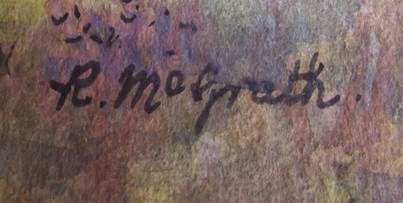 At present we cannot be 100% sure just who he was, but we believe he married Linda Sheppard in 1937 in Market Lavington and that the couple lived on the sands just to the north of the village centre. We also believe that the McGrath family moved to Tisbury in the early 1950s so we can probably date the painting to that period of time.

Of course, we’d have recognised the scene without a title. This delightful little cottage was well known and certainly was the home of Tommy Burden for many years.

To be generous to developers, the old house had passed its use by date and one day it was demolished and a house more suited to family life was built in its place. Many villagers think it was an act of wanton vandalism but very few people will say they’d have liked to have lived in the old cottage.

Roy, perhaps, has captured a lady who did live there. 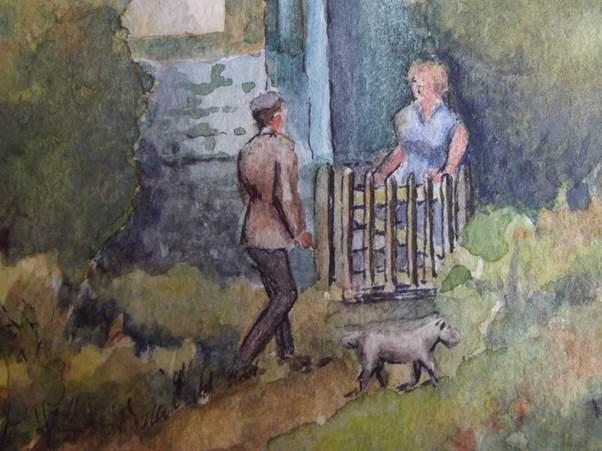 We think this painting is absolutely fantastic. It needs a little frame restoration and then we’ll find space for it, somewhere, on the walls of the museum.

Huge thanks to Gaile, the donor. Her parents had been friends of Roy.