Not a birth certificate

At first glance this document may look like a birth certificate but actually it is a request for a search to be made for such a document. The applicant who paid one shilling (5p) for the search was Miss C Blake who made the application on 6th March 1929. She was searching for the birth of William Blake with some uncertainty as to the year. William had been born in the 1880s at Copland Street in Paddington to bus driver John Blake and his wife Mary Ann Allen. Here is the document. 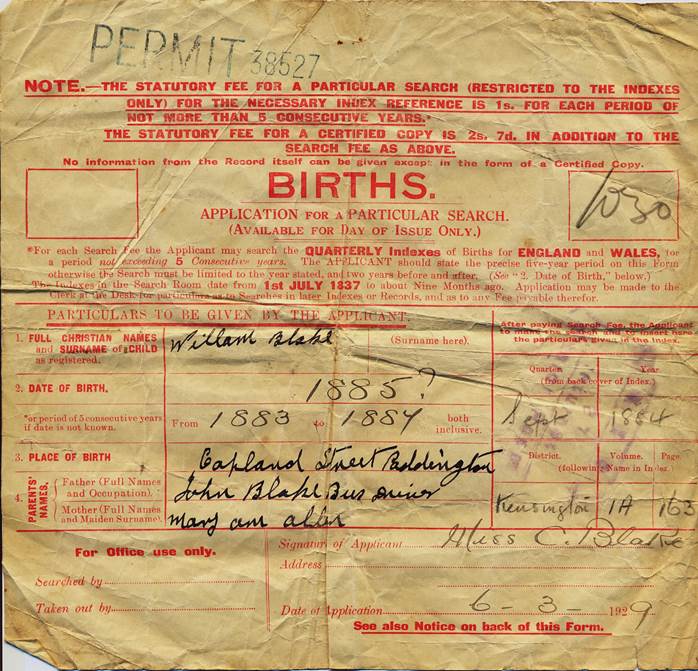 Request for a birth certificate for William Blake

At another glance this may not seem to have anything to do with the parish of Market Lavington but William has featured on this blog before as a Market Lavington Man. He married here in 1920 and lived here subsequent to that and is buried in the churchyard.

William’s father, John, had been born in West Lavington and by the time of the 1901 census he had returned home and was a self-employed carrier. So William was a West Lavington man by then. He worked as a van guard.

We do not know who Miss C Blake was but William had a younger sister called Charlotte. It could have been her.

All the records point to William being born in 1884. This includes the headstone in Market Lavington churchyard which you can see here.