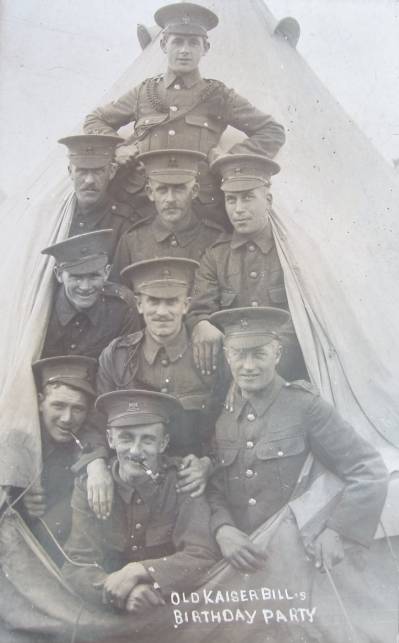 Here’s a group of young men – part of the Wiltshire Regiment. The year is 1914 and, so far, war has been fun. Some of the men, named on the back of the card came from the Lavington area. 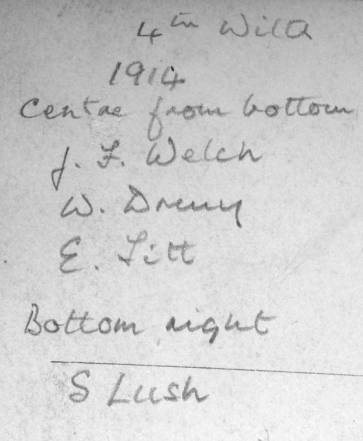 The caption on the back of the above photograph

James Welch was born in about 1888 in Market Lavington. The Welch family were quite ‘well-to-do’ and owned property. But as well as that, James’s father – also James – was a farm agent and secretary of the agricultural society.

Then came war service and an injury severe enough to leave him somewhat unfit, but not bad enough, we believe, to earn a war pension. If you recognise any of the other men in the photo, or know what became of them then do, please, get in touch.

A 1920 Kelly’s directory shows James at Spring Villa in Market Lavington. This was the year in which he married Florence Page.

And a couple of years later their daughter, Marjory was born, later to become Peggy Gye, the founder of Market Lavington Museum.