This is another photo from the little album we recently acquired. We assume, as with other photos in this collection that it dates from 1929 and it is clearly captioned. 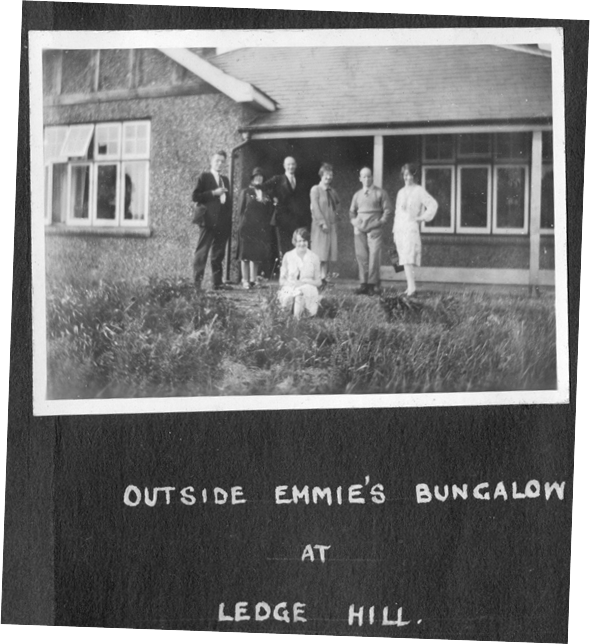 On ledge Hill, Market Lavington in about 1929

If we cut out the album page, we can concentrate on people and building.

We have an idea as to who two of the people are for there is a second photo.

These two are Emmie and Vic and we know the building is described as Emmie’s bungalow.

Could these two be Vic and Emmie Osmond?

Vic we have met before. He was born in the Stratton St Margaret area around 1898 and was actually Robert Victor Osmond. His first wife, Emily, we know little about. She died in 1948 and is buried in Market Lavington. She had been born in around 1890.

The above pictures are not the sharpest, but we believe that the man does look like Vic Osmaond.

So yet again, can you help us with any further information? Please!