On the sands at the top of Northbrook

The photo shows the view from Spin Hill. The field in the middle distance has Fred’s chicken houses in it. The photo dates from the early 1930s (Fred died in 1934). A similar photo now would show the Northbrook Close housing and, perhaps, St Barnabas School on the left hand side. 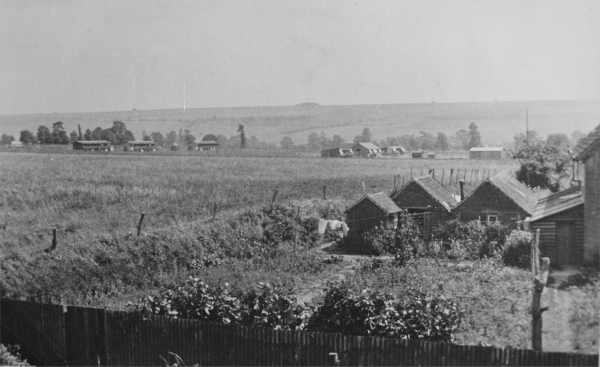 The High Street is hidden in the valley which lies between this sandstone ridge and the chalk downland of Salisbury Plain which forms the backdrop of the photograph.

Fred’s hen houses provided a lifeline for the well known local firm of builders and carpenters, the Gyes. In a time of depression, work was scarce and producing the custom designed hen houses for Fred was a major source of work and income for the carpenters.