On the Third Day of Christmas…

According to the song, my true love sent to me three French hens.

We have hens on offer today. We doubt they had much direct connection with France. They were probably English hens, bred and hatched. There are many more than three of them. 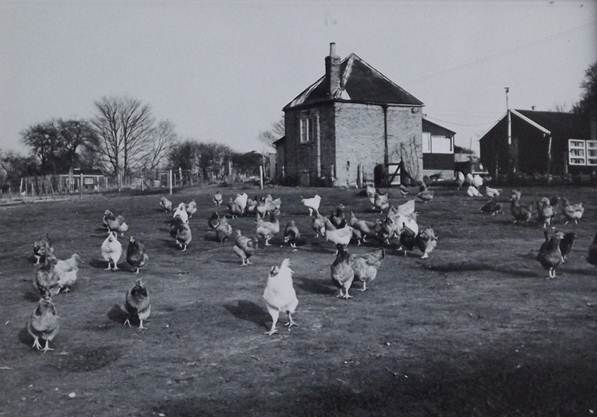 Their keeper’s home was a small house with a long and colourful history.

These extracts come from the WI history produced in the 1950s.

Cherry Lodge – at the far end of Common Road was at one time a Cherry Orchard.  It was owned by a family named ‘Gray’.  They lived there during the summer and sold the cherries and garden produce and back to the village for the winter.  The old couple died many years ago.

Materials from the Old Mansion at Cherry Lodge were used by Samuel Saunders to build The Hollies and The Hawthorns.

The proceedings at Cherry Lodge on Great Cheverell Feast Day (29th June, St. Peter’s Gooseberry Feast) can hardly be published!  Apparently barrels of beer and other good things were carted up there and a good time was had by one and all, celebrating the Festival of the Cherries.

The poultry farm was set up by Mr George O’Reilly in about 1920 when he retired from working with the bus company. He ran the farm until after the Second World War. Then he sold house and business to James brothers who had been the bakers in Market Lavington. We think the photo dates from their era.