One mug begets another

A couple of days ago we were pleased to have a post about a Lavington Steam Fair commemorative mug. Well, one mug has produced another for us so we now have a pair. Mind you, the two mugs are not identical but they clearly come from the same stable.

This was the original with a distinctive brown colouration. 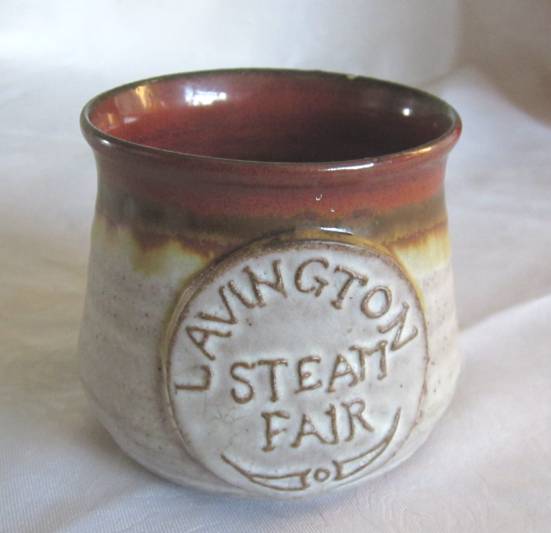 The new arrival is identical in shape and style, but has blue colouring. 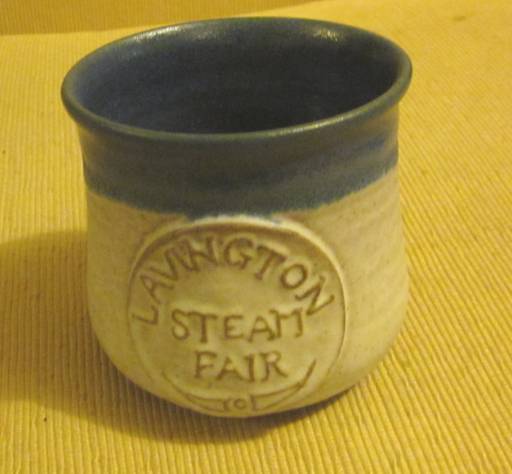 Another mug joins the first at Market Lavington Museum

The Jones family of Easterton were closely involved with these rallies and it was a chance encounter between our curator and members of the family that led to this gift. The family still own their traction engine but it hasn’t been fired up for years. And if you get involved in conversation you can enjoy hearing tales of being a fireman on steam trains – mostly on the line from Salisbury up to London.

Rog, the curator says he begins to feel a ‘steam in Lavington’ display coming on. But not in 2012.