It’s funny how memory fades The creation of the football field at the top of Northbrook is well within living memory, but we only have a date of ‘approximately 1950. Perhaps a reader will be able to be a bit more accurate. Our photo shows three men at the opening. No doubt all had been enthusiastic footballers in their day. 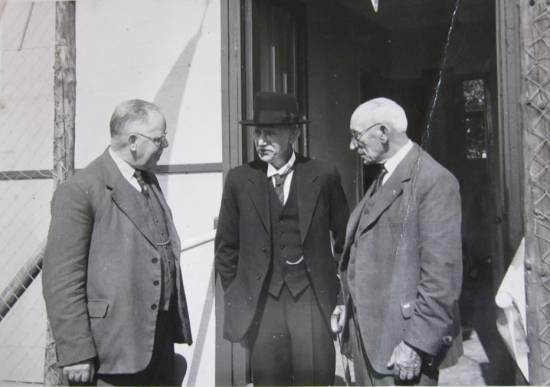 At the opening of the Davis Field, Northbrook, Market Lavington in about 1950

The man in the middle is Frank Davis. 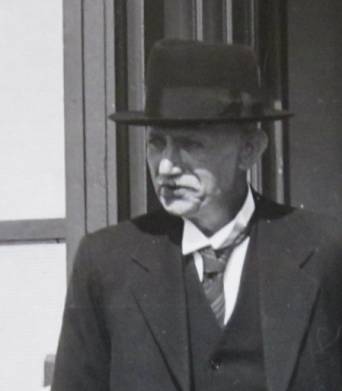 Frank owned the land and gave it to the football club. It had been an orchard at one time, and much hard work was needed to convert it into a suitable playing area. Frank would surely be pleased to see the ground still in use, now with lighting to allow for evening training.

The 1881 census lists a 2-month-old Frank. His oldest brother had been born in Imber but all the rest were Market Lavington born. They had been at the thatched cottage on Northbrook for about ten years.

In 1901 Frank was listed as a boot maker’s apprentice – still at home on Northbrook, Market Lavington.

In 1911 Frank was still single and living at the family home on Northbrook. Boot making may not have suited Frank for he was a labourer.

Frank married Annie Elizabeth Andrews in 1914. He died in 1954 and is buried in St Mary’s, Market Lavington.

Frank’s grandson, Keith, the newsagent in Market Lavington was only a youngster when the field was opened for football. He tells us that his grandfather kicked off the very first ball after the guest of honour had delivered a speech. The guest of honour was a man called Stanley Rous. 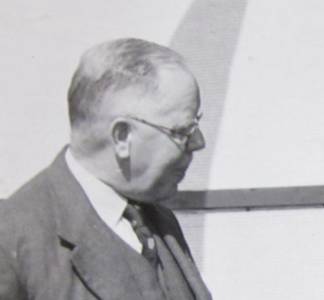 Keith thought this man was Rous – later Sir Stanley Rous and president of FIFA from 1961 to 74.

Maybe another reader could confirm if this is, indeed, Stanley Rous.

The third man in the photo has not been identified. 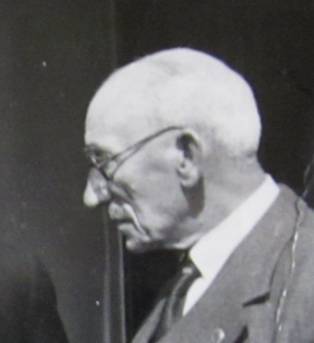 A third man at the opening of the Davis Field in Market Lavington. Can you identify him?

Can anybody help identify this chap?