Sometimes photos can look older than they are. This one taken in Parsonage Lane is a case in point. The cobbled pavement and the absence of motorised vehicles combine to give a much more ancient look although there are poles supporting overhead wires.

The picture was taken by Peter Francis in 1960. 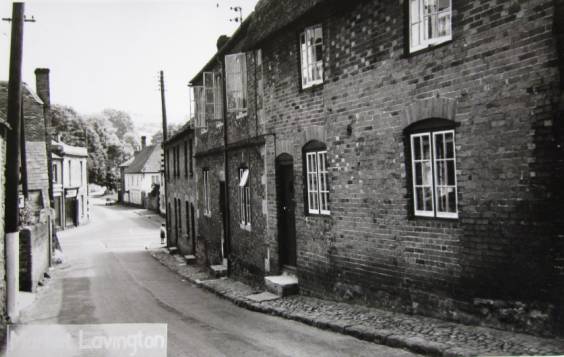 The houses on the right of Parsonage Lane once housed such folk as Laurie Plank, the one legged dairy man and also Rose Polden’s dressmaking business.

On the left is the back of what is now the Post Office but which, in times past, was one of Market Lavington’s bakeries.

We are looking across the crossroads (Lamb Corner) and onto White Street. There would still have been a shop on the corner of White Street and High Street (now the hairdressers). This was once at the heart of Mr Walton’s empire.

On the right side of White Street we can see past Broadwell and on up Lavington Hill.

Incidentally, the cobbled pavement on Parsonage Lane is still there.