Part of a casting mould?

Today we are looking at a much older item than usual. Mostly, we don’t have what counts as ‘archaeology’ in Market Lavington Museum, but we do have a display cabinet devoted to finds on the Grove Farm estate – where Saxon and Roman settlements were uncovered and we do have other items found locally as one off items. That’s what we are looking at today.

This is a piece of shaped stone – clearly shaped to serve a purpose. It’s about 3’5 centimetres in diameter and 2 centimetres deep. 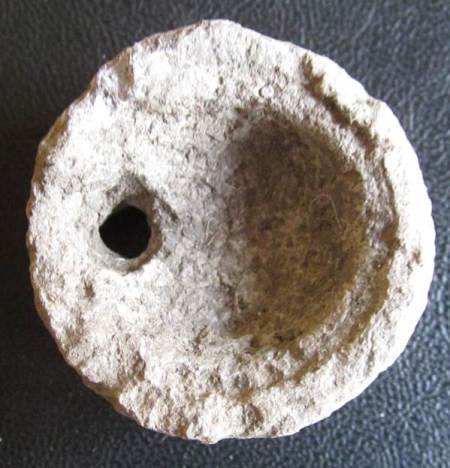 This has clearly been deliberately shaped. Probably there was a second half which more or less matched, but without the hole through. The experts think this is a small crucible or a mould for casting something in lead. Lead shot has been suggested but we are not convinced due to the depression not being hemispherical. In fact, we are not sure how that depression can have filled, if molten lead was poured in at the top. 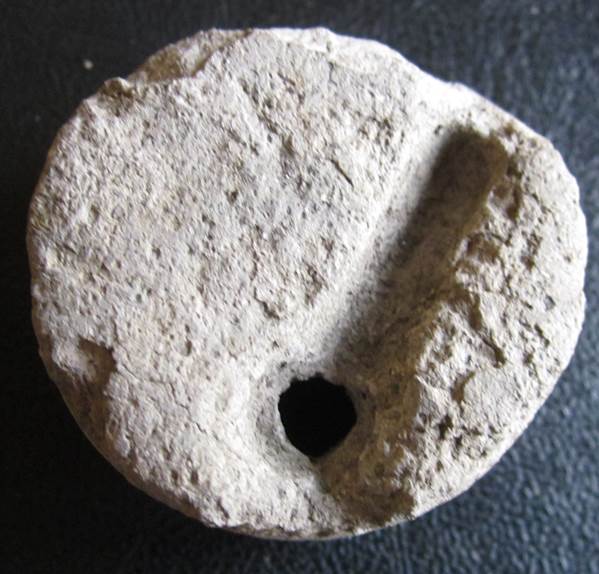 Here we can see a recess into which molten lead could be poured so that it could pass through the hole and into the mould.

This item came from a garden in Northbrook and is believed to be from the late medieval period.