People in the Volley

This post shows that the old Volunteer Arms was once a thriving, busy pub. It closed some 30 or so years ago and it is now almost forgotten. Let’s face it, half the population don’t remember it at all as anything but a private house.

Here we have a colour photo of an event at the pub. 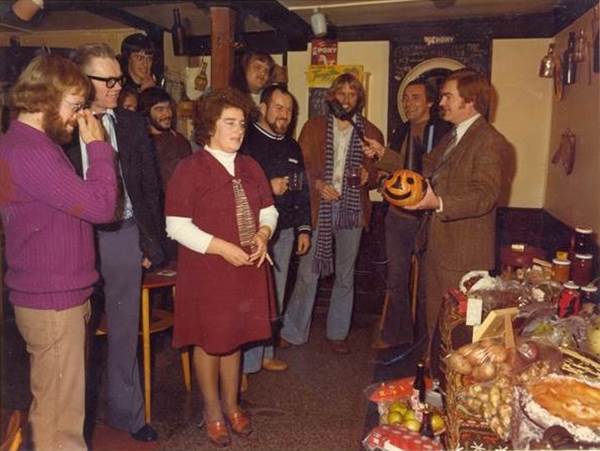 A 1970s event at the Volunteer Arms

Centre stage in that photo is Sandra and I withhold her surname as she still lives in the village. Our curator went to ask her more about the photo but she did not remember the event but she was able to name some of the people.

At the extreme left is Billy (again surname withheld) who used to live in the village but now lives in Trowbridge. Next to him is Philip who also still lives in the village. The tall chap – his head next to Philip in the photo is Dave.

It is always interesting to see the fashions of the time. We have men in flared trousers which dates this to early to mid-1970s.

It looks as though the regulars at the Volley had a fine collection of produce but just what was happening to it all, we don’t know.