Percy was one of the village characters in the 1970s and 80s. Perhaps that’s why he was chosen by local artist Bridget Brooks to be the subject of an oil painting, which we have at Market Lavington Museum. 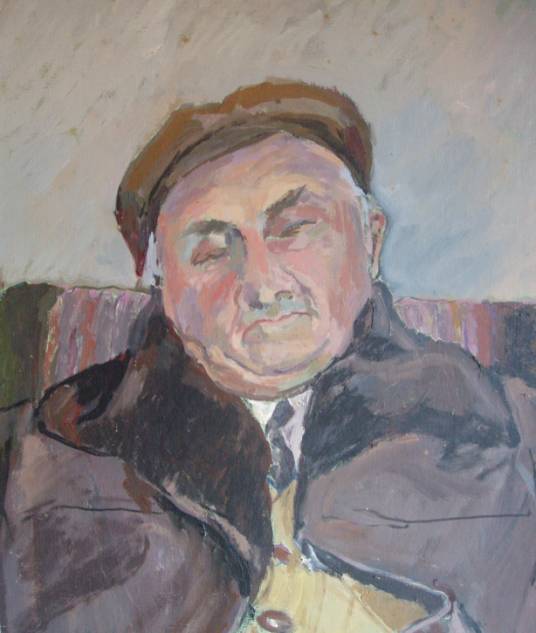 Percy was born on 28th December 1911. At that time, we think his parents, Ernest and Catherine may have been in the Erlestoke area, or possibly somewhere along the Pewsey Avon valley.

Lilian died in 1994 and Percy followed her in 1997. Both are buried in the churchyard of St Mary’s, Market Lavington.

Their home, on burial records, was listed as High Street, but earlier they had lived on The Terrace, which is along the path above Northbrook.

Percy had worked at Lavington School, in the days when there was a farm at that establishment.

Percy is remembered in the village for bustling around, usually in his Wellington boots, acting as a paperboy. He was always an active chap and always ready for a good chinwag with other people.

He is also known for his part in the film of ‘Far From the Madding Crowd’ where Percy took the part of a coachman in scenes filmed in Devizes.