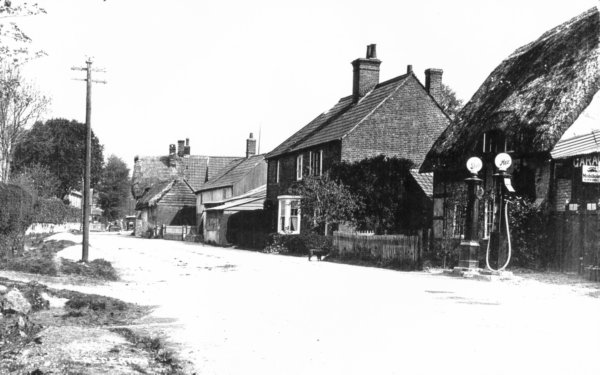 Of course it wasn’t always like it. Once upon a time just about every village could supply petrol. Certainly a motorist on the B Road from West Lavington, through Market Lavington and Easterton to Urchfont and beyond, would not have been more than a mile from a petrol station some 40 years ago.

Easterton’s was one of the first to go. It may have gone because of regulations about petrol storage. There was nowhere to move a tank any further from the road or from houses.

We have recently been given a delightful photo of Easterton’s High Street showing the petrol station. It complements another picture which we have previously shown on this blog. 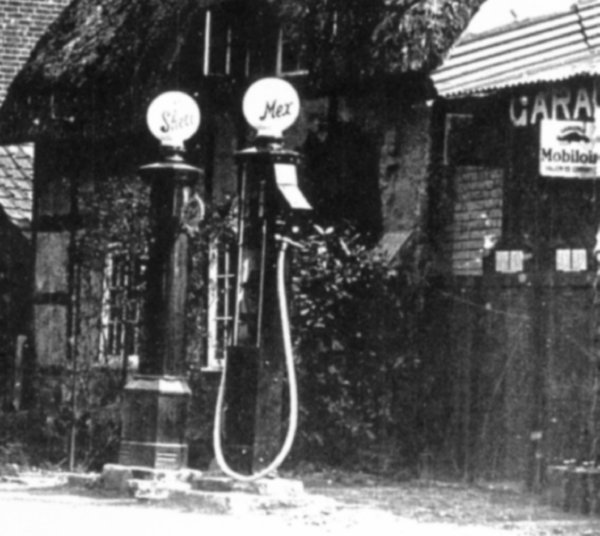 The pumps at the petrol station in Easterton

The scene is barely recognisable as the Easterton we know today. Easterton has changed a great deal. At the moment, an Easterton resident is working on an update of Sheila Judge’s book about the village. He has commented on how hard it is to get a handle on the location of older pictures. We think the photographer was standing in the High Street, not that far from The Royal Oak and was facing towards Urchfont.

It doesn’t look as though the petrol station owner was going to be rushed off his feet serving motorists. But what delightful pumps he had to use.

We can see that the brand of petrol was Shell Mex. The garage also advertised Mobiloil. We can also see that the pumps were right on the edge of the road with no space anywhere for a petrol store tank away from the roadside.