This balustrade has appeared in many photos for it was once a prop in the Burgess’s photographic studio at number 13, High Street, Market Lavington. 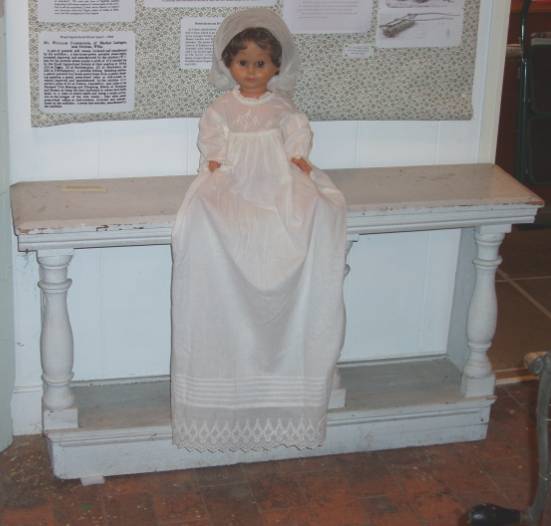 The Burgess’s balustrade with Mary in 1920s clothing sitting on it.

Here we see it with a dressed doll seated on it.

She’s sitting in front of a display about William Cambridge, the designer of the Cambridge roller.

And here’s the balustrade featuring in a photo taken in 1924. 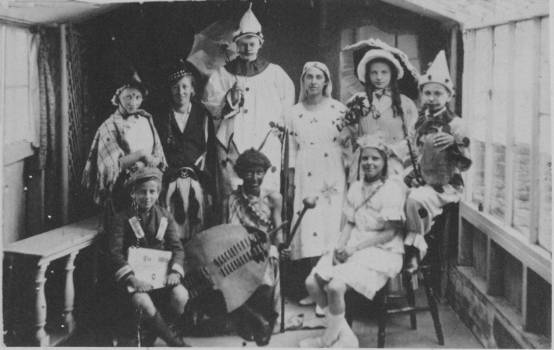 The balustrade is on the left in this image, which is of the cast of a play.

Our doll (called Mary) is on show this year. She has been moved for the photo above, for normally she sits in the high chair once occupied by Flo Burbidge. Flo was born in the museum building in 1908 and the high chair we have was hers when she was little. You can see the chair (and Mary in a different guise) by clicking here.

This year Mary is wearing a cotton dress from the 1920s and a net head square from a similar period.

You’ll find the balustrade, the high chair and Mary in the kitchen room at the museum.