We were recently sent a photo of a group of people – mostly women – picking flowers.

The picture was sent to us by Margaret who is a direct descendant of Samuel Moore – the man who turned jam making into big business in Easterton. Margaret’s grandmother was Bertha who was Samuel’s youngest daughter by his first wife. In fact, with no written evidence, we’d guess that the first wife, also Bertha, died as a result of giving birth to Bertha. Young Bertha was born in about 1909. She is the central lady in this image. 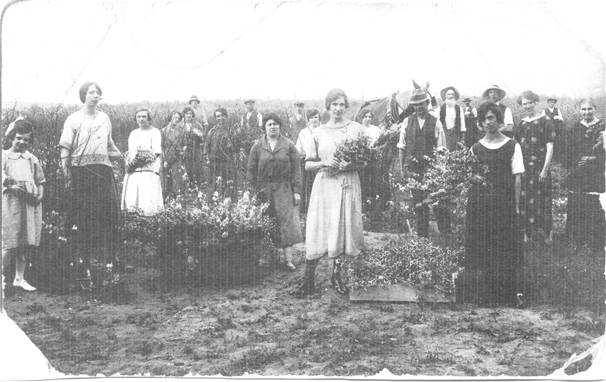 Picking flowers. Bertha Moore is the lady in the centre

We asked Margaret for any further information about this picture and the reply just said, ‘first picking of flowers’.

So we assume this is one of Sam Moore’s fields in Easterton but we were not aware of him dealing in flowers. Bertha, herself, has a fine bunch. 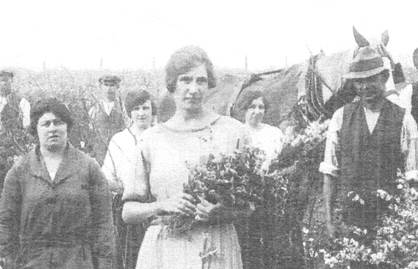 Bertha with bunch of flowers

Maybe somebody will recognise others in the photo which we’ll guess dates from the 1930s.