Some folks refer to playing cards as ‘the devil’s picture book’. But mostly they are, or have been, a perfectly harmless amusement. There are so many different games that can be played. Some are pure luck, some require speed of hand and others need some mental dexterity. They surely, of themselves are not devilish.

We have recently acquired a couple of packs of cards of some antiquity. The first, in a damaged box is described as ’Rufford Playing Cards’. They were sold by Boots and similar packs were made and marketed between 1930 and 1955 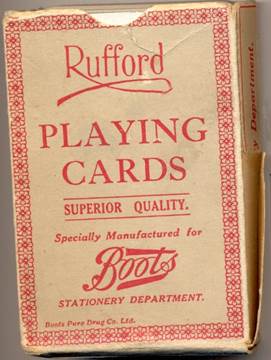 The cards, which had belonged to a Canada Rise family, are in remarkably good condition considering they are at least 58 years old. 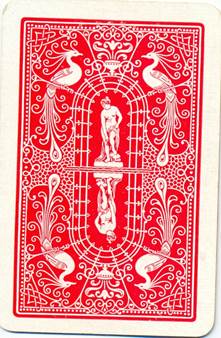 The backs of the cards have a classical design. 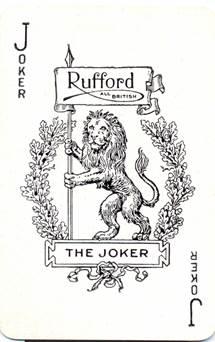 The face sides are very standard, with the joker and the ace of spades of interest. 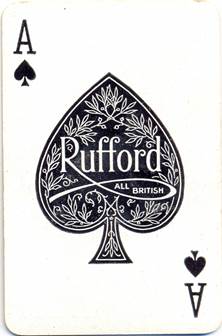 These cards certainly make an interesting addition to our collection of pastimes from past times.