The King family were painters and plumbers. In fact they seemed to do jobs where painting would be required as a final step. This bill, issued to Holloways in 1913 gives an idea of their trades. 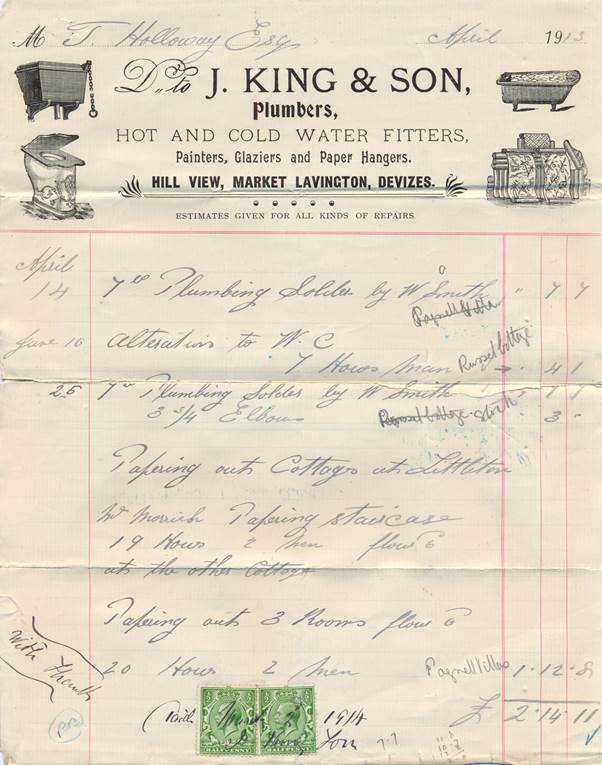 We can see they list plumbing first but also they were glaziers, paper hangers and painters. The bill head images feature the plumbing side and also give an idea of fashion and styles from just before the first war.

What a fantastic loo!

Yes, high level cisterns with the good old chain to pull and decorated lavatories – this one with a sloping seat – must have been the fashion of their time.

Mr Holloway had purchased plumbing materials from the King firm. Kings had also altered a WC and done wallpapering in cottages, presumably on the West Lavington estate.

Of course, the amount of money exchanged seems laughably small these days. To paper out rooms at Pagnell Villas two men worked for twenty hours and the bill came to £1-12-8 or about £1.63 in decimal money.

We also note the time taken to pay. The bill was opened in April 1913 and paid in March 1914. Tradesmen, like Mr King, had to cope with this.

What great items these bills can be.