These days we’d say that Pond Farm which once stood on Salisbury Plain, was in Easterton. By 1910, farming was at an end as the War Department took over the area for a permanent training zone. During the Edwardian era, farming had gone on, but some of the land was used for tented encampments during the summer, as Volunteer Regiments did some training. We have many images of these encampments in the museum. This one has just been acquired by the museum. 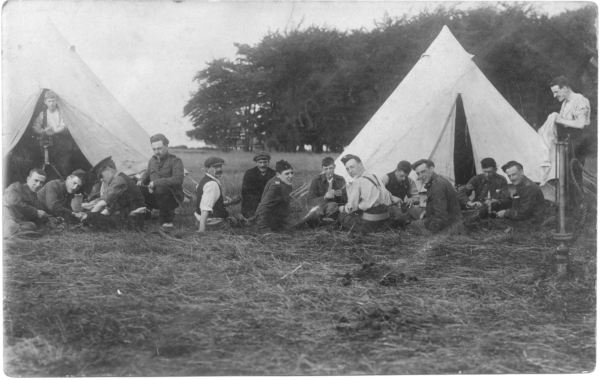 Let’s just zoom in on some of the men. 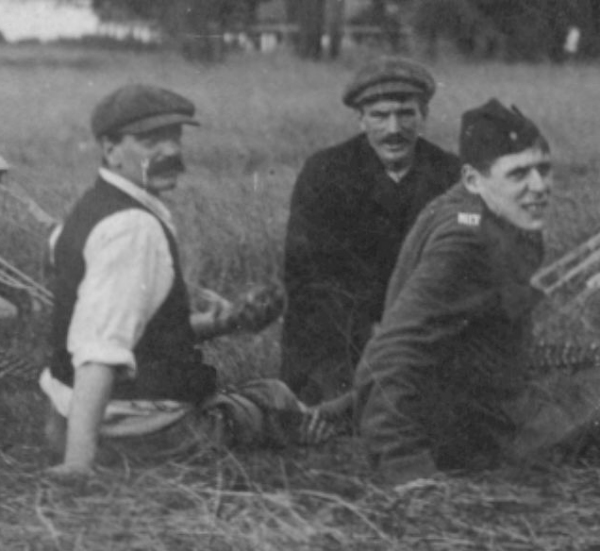 Close up on some of the men at Pond Farm Camp

The card was sent to Mrs Marlow who lived in Roehampton in Surrey. The sender was her husband, Tom Marlow. Here’s the message he sent. 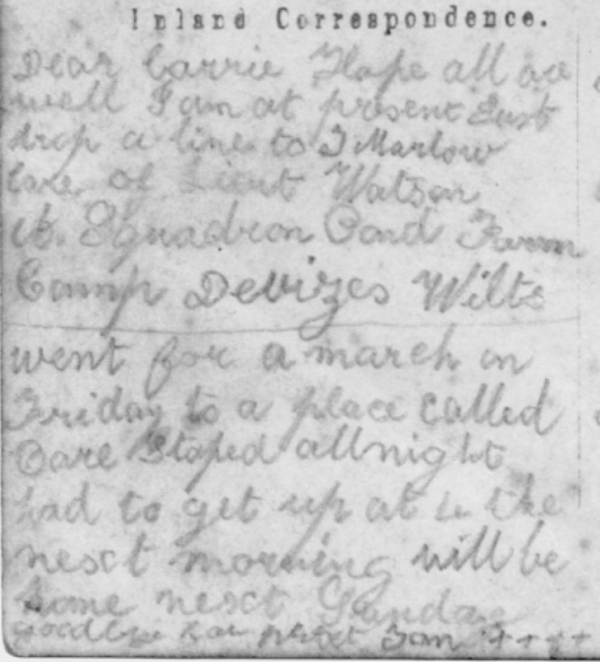 The message sent – transcript below

Hope all are well. I am at present. Just drop a line to T Marlow care of Lieut. Watson, 16 Squadron, Pond Farm Camp, Devizes, Wilts.

That march to Oare is quite lengthy. It’s about ten miles in a straight line so much more by paths.

And now a little about the Marlow family – for we can find them on the 1911 census, still at the address that Tom sent to.

Tom was an omnibus driver by trade – born in about 1880. His wife, Caroline was a little younger. Both had been born in parts of London. They married in 1903 and had three sons – George, Frederick and Alfred, all born at Roehampton.