Pond Farm Camp was used by Commonwealth men during World War One but before that it was used as summer training camps, often for territorial soldiers. Many of the postcards of the camp show row after row of tents. This one has concentrated on a camp kitchen 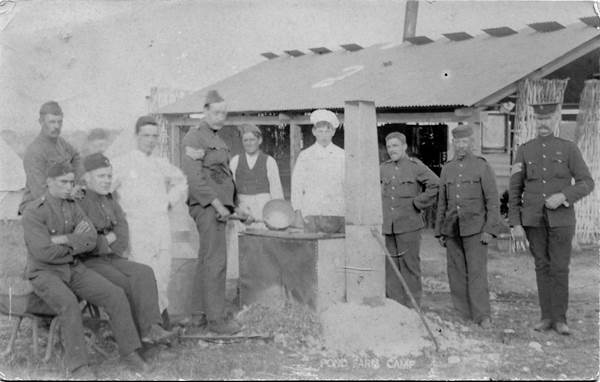 First of all, this is Pond Farm Camp – the card is captioned.

We can get some idea of cooking facilities. 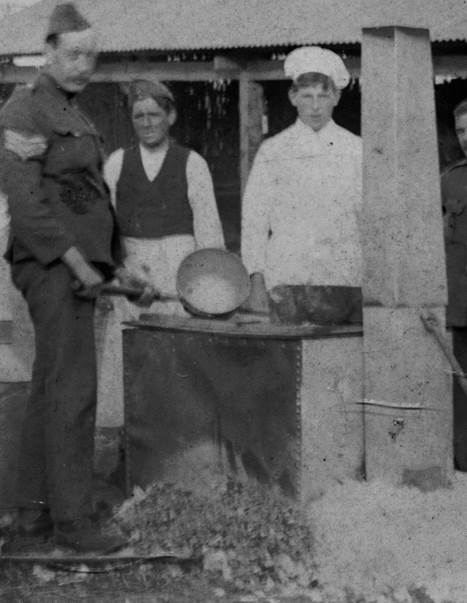 Is this some kind of stove?

Large, two handed pans were used, but we can’t make out quite what the stove is but something in the way of a chimney seems to be attached.

This card was posted in Market Lavington on May 15th 1909. 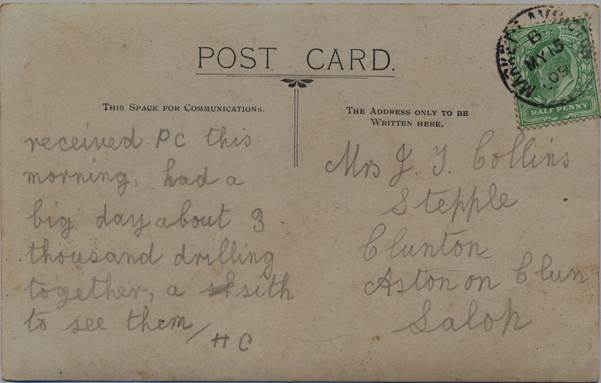 The message on the card

Clunton and Clunbury, Clungunford and Clun,

Are the quietest places under the sun.

The information really tells us that three thousand men were drilling together. This makes one suspect there were more kitchens than just this one.