This is another of our collection of bills at Market Lavington Museum – as issued by Potter’s stores, then run by G S and E M Prowse. This was actually, still Potter family, for George Prowse had married Elizabeth Potter in 1956.

The shop was on Church Street. Later it became a Spar shop and after that Mr Dempsey ran it. Now it is a private house and its reconstructed front end hides its former identity. 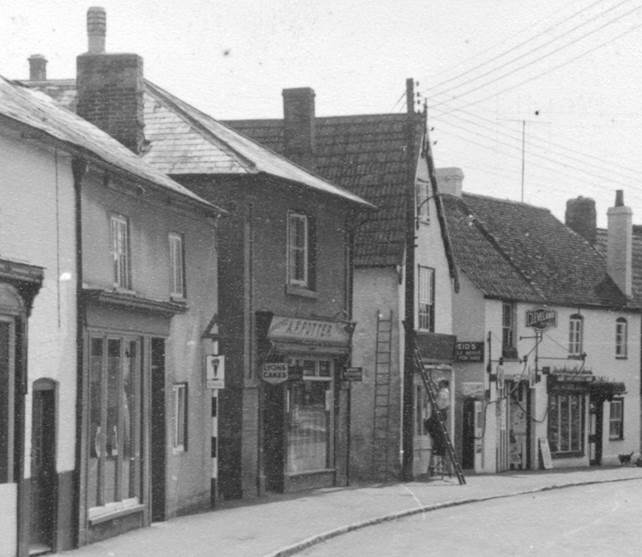 Here we see the shop during its ‘Potter’ days.

But now to the bill. 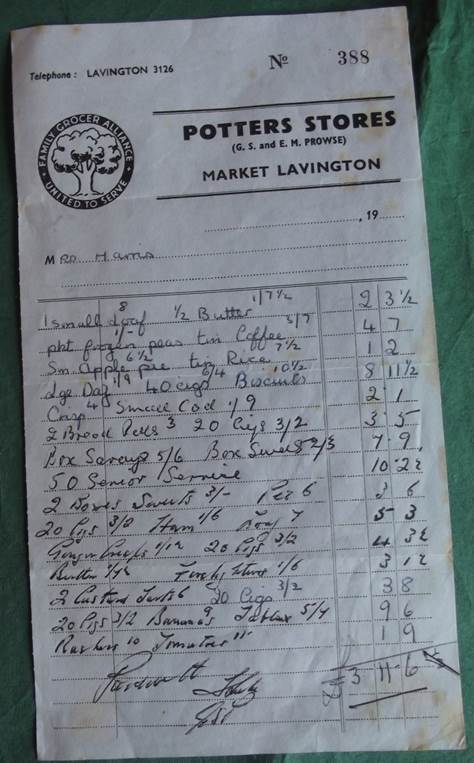 A bill from Potter’s believed to be the late 1950s

This is undated but a mix of prices and items purchased lead us to the late 1950s. A small loaf cost 8d. Cigarettes seemed to be 3/2 for twenty. A packet of crisps (and we bet they had a twist of salt in the pack) was 4d. A packet of frozen peas was a shilling.

We certainly get an insight into prices and what people, or at any rate Mrs Harris, bought at the time.