Jim and Rog recently spent a morning hanging some more hefty items from wall and ceilings.

The first item was a clothes airer – the kind which can be raised and lowered by ropes on pulley wheels. This is more to display clothing, rather than as a museum item in its own right, but it has local provenance, coming from Kestrels, Easterton, the house once occupied by Ben Hayward. There’s no suggestion that this airer dates back to his time – most of the 19th century.

The airer is now hung over the kitchen table. In a real world it would never have been in such a place but with our low ceilings it means items of clothing can be hung on it without being in the way of people. 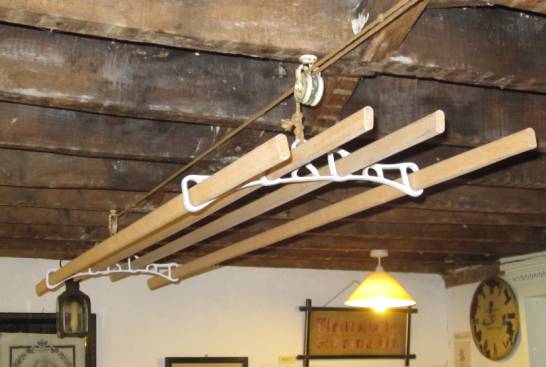 This airer, from Kestrels in Easterton will allow more clothes to be displayed at Market Lavington Museum

Next, a seed fiddle, which may well form, a blog post in its own right, was raised to the sky. It now hangs from the ceiling in the only part of the museum with the height needed – the lean-to in which we house our trades section 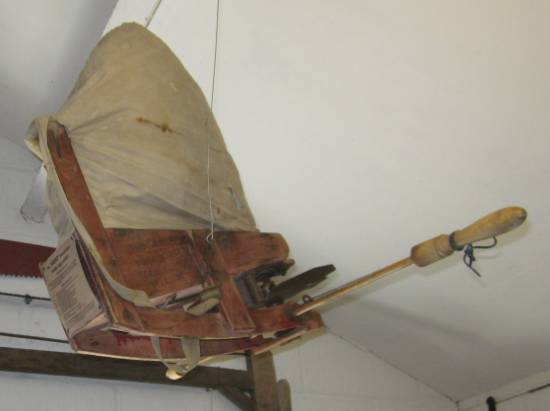 There it is, well above head height.

And thirdly, we had a very heavy cast iron lavatory cistern, which featured on this blog when it was given to the museum (click here). That is now securely wall mounted. 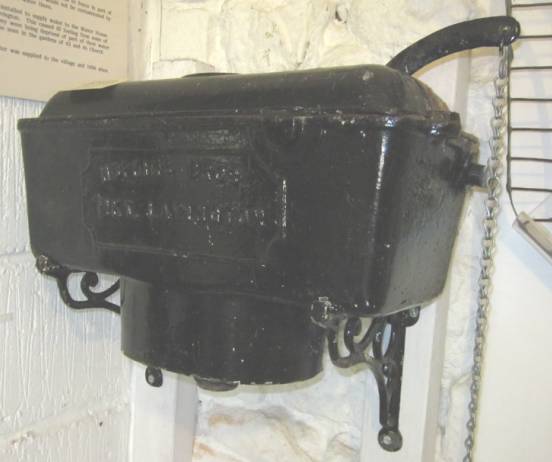 You can just make out the writing –  ‘Hopkins Bros, Market Lavington’.

Like many museums, we are short of space to display items. It took some thinking to come up with spaces for these items.