We have recently been sent this information from a relative of Percy.

Private Percival Lorenzo Oram was  no. 102811 of the 166th Battalion Machine Gun Corps. (Formerly in the Wiltshire Regiment.)

He was killed in action 31st July 1917 near Wieltje North East of Ypres Belgium on the first day of the Third battle of Ypres (Passchendaele) aged 20.

He was the only son of William & Louisa Oram of the New Inn (now the Drummer Boy) public house in Market Lavington.  Percy was employed by the Great Western Railway Company as a clerk in the traffic department at Trowbridge. He has no known grave and is remembered at the Menin Gate and on the Market Lavington War Memorial.

In August 1918 his parents put the following in a local paper:

When the roll is called up yonder

And our Saviour counts the brave

Our son shall be amongst them

For his precious life he gave

No loved one stood beside him

When he gave his last farewell

Not a word of comfort could he have

From those who loved him so well

Only those can tell

Who have lost their loved and dearest 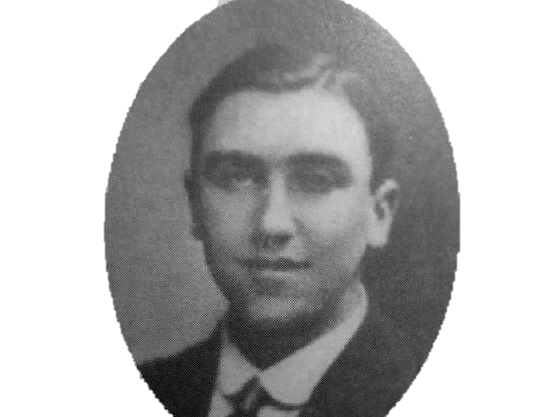