Pumping out a cellar

In 1961 the cellar at 9 High Street became flooded. We do not know the reason but doubt it had anything to do with bad weather, but was, rather more, to do  with an internal plumbing problem.

There was no longer a local fire brigade so an appliance was got out from Devizes and a portable pump was used to pump the water away. 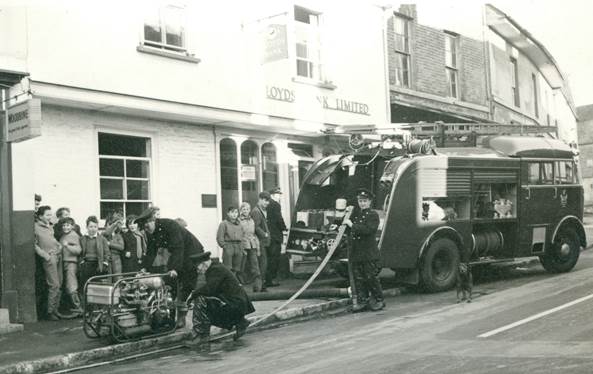 The fire brigade pump out a flooded cellar on High Street, Market Lavington in 1961

The local lads and a lass or two are out in force to watch this event. They have lined up outside what was then Lloyds Bank.  Maybe there are people reading this who might recognise the lads. 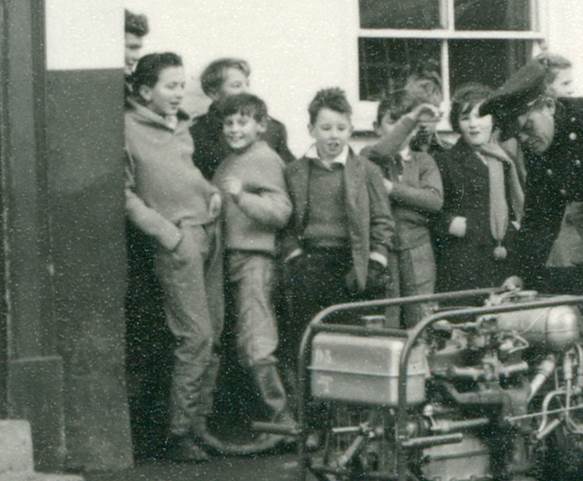 Thanks to Chris who gives us (from right to left. 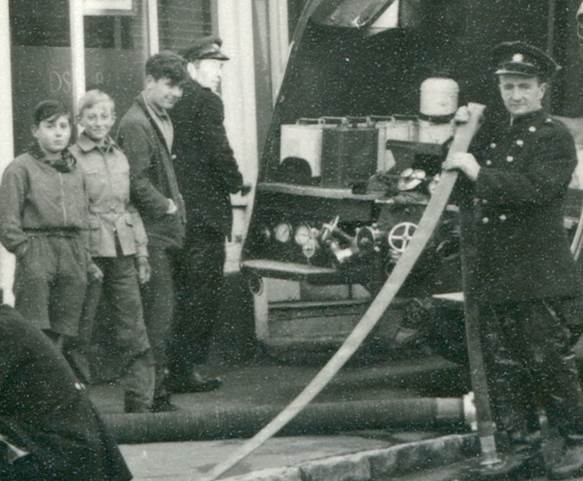 And from Chris again, from right to left we have