Railway engineering works at Lavington in 1957

Some people think that railway line closures on Sundays and replacement bus services is a modern phenomenon. It probably is more prevalent today than it once was because railway closures in the 1960s mean there are fewer alternative routes available for trains.

Back in the autumn of 1957, when engineering works at Lavington meant the railway was closed for three successive Sundays, the effects on what we now call inter=city travel were delays. Journeys were rerouted and took a little longer. One imagines that local traffic, at Lavington, was badly affected.

Market Lavington Museum has recently been given a British Railways notice about the temporary changes caused by engineering works. 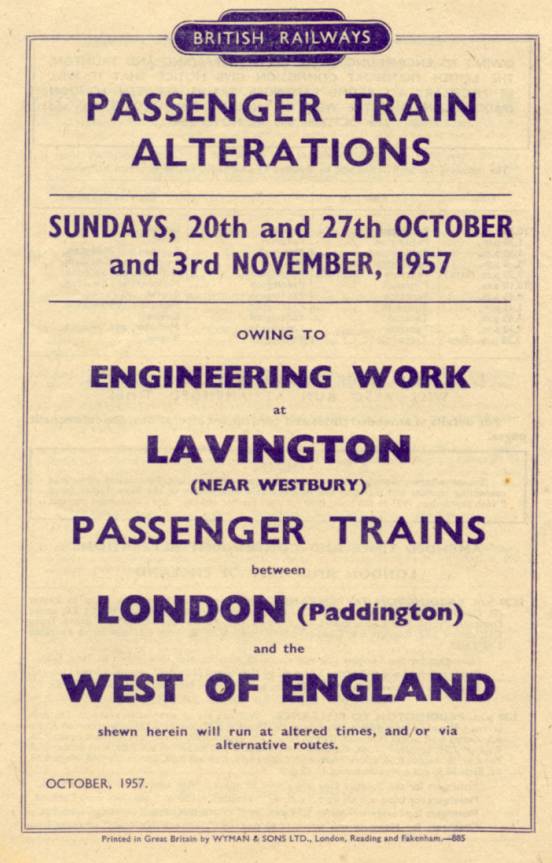 Front cover of leaflet about altered train services because of engineering work at Lavington in 1957. The leaflet is at Market Lavington Museum

So just what were the effects? We must look inside the leaflet to see. 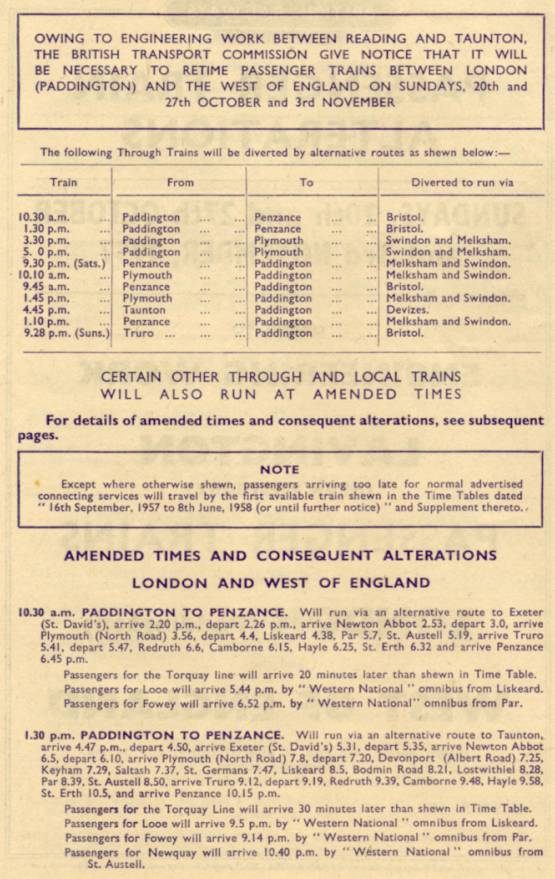 An inside page of the British Railways leaflet

Surprisingly, perhaps, the diversionary route used via Swindon and Melksham is still available and of course the route via Bristol is very much a mainline so only the Devizes route has closed.

The 10 30 am (no 24 hour clock back in 1957) from Paddington, diverted via Bristol, was able to get passengers to Torquay a mere 20 minutes late. Passengers for the end of the line at Penzance had to cope with over 8 hours on the train. These days, the same journey takes about 5 hours.

Looking further through the leaflet we can see that other services were affected by the engineering works, in quite far flung places. Liverpool to Plymouth trains don’t normally go near Lavington, but they were rescheduled. So, too, were trains on the branch from Newton Abbot to Kingswear in Devon. Even local services to Liskeard in Cornwall were amended to cope with the situation.

We guess delayed passengers were just as grumpy then as they are today.