The Royal Antediluvian Order of Buffaloes was quite a big group in Market Lavington. The Enterprise Lodge used to meet in the Kings Arms where, no doubt, the men had a good time as they decided how to spend such money as there was on worthy causes. The Buffs, as they called themselves, had been founded in 1822 so it was a fraternal society of long standing. 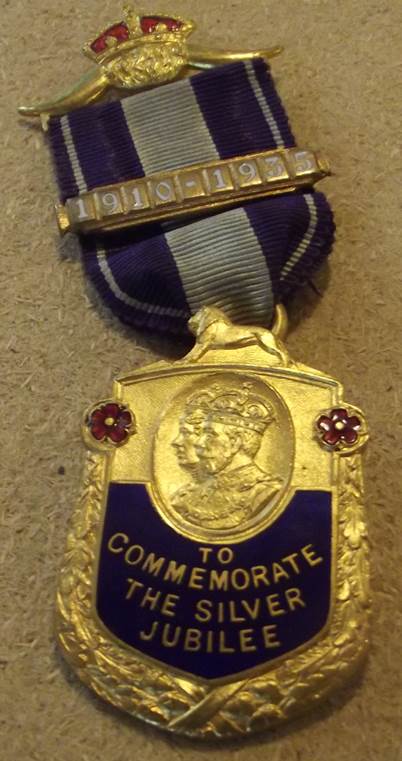 We know nothing about this medal. It may have been something purchased as a show of royal loyalty but it is engraved on the reverse. 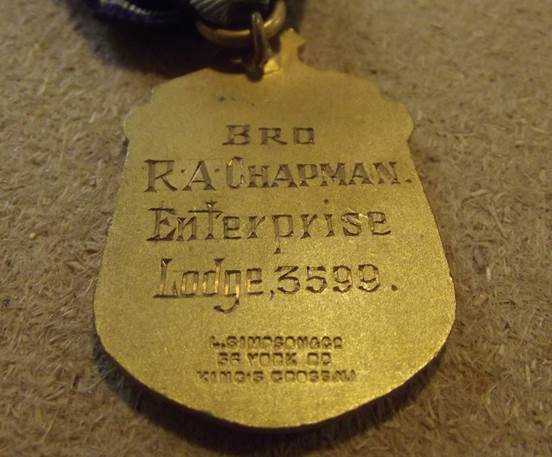 It belonged to Reginald Alfred Chapman of Market Lavington

There we have Brother R A Chapman of Enterprise Lodge, number 3599. Brother Reginald Alfred Chapman lived at 21 Spin Hill. We have documentary evidence for him being there between 1939 and the early 1960s.

We THINK Reginald may have been born in Cheverell in 1905 but by 1911 his widowed mother was in the London area. He may have died in 1991.