Rationing of food was part of life during the Second World War – and for quite a few years afterwards. It is hard to imagine, now, how people coped with real restrictions of choice and with the bureaucracy involved in managing ration books.

Here’s the front of a typical ration book. 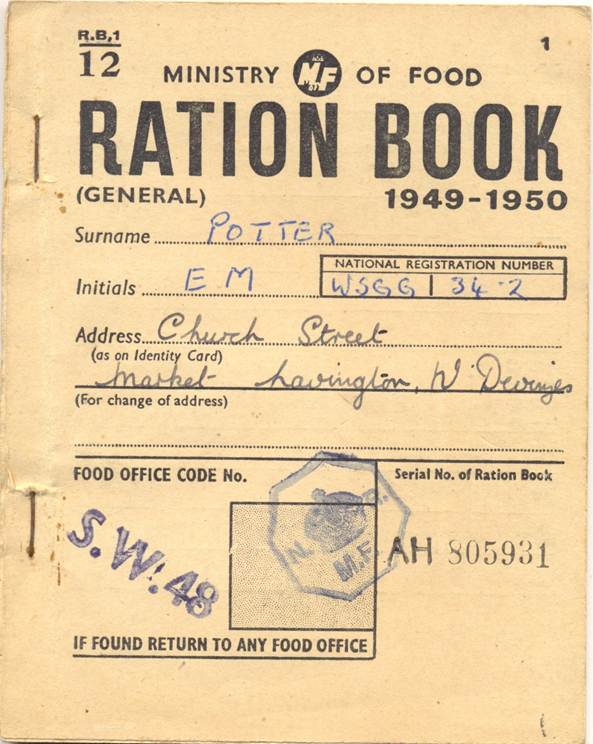 The war ended in 1945 but some foodstuffs were still on ration into the 1950s. This was the ration book for E M Potter of Church Street in Market Lavington for the 1949 to 1950 period.

E M Potter had been born Elizabeth Bullock. We haven’t traced her early life, but in 1931 she married Albert Frank Potter – a Market Lavington man who was related to the Potters who ran the horse bus service.

Inside the ration book we can see the shops that Mrs Potter had chosen to provide her rationed goods. There was no choice – basically, you selected your shop and stuck with it. 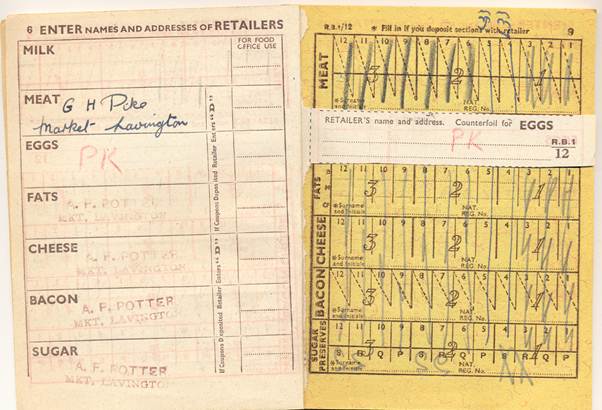 Most of her goods – fats, cheese, bacon and sugar were coming from A F Potter’s shop. This won’t cause much surprise, since A F Potter was her husband. They ran a grocery store on Church Street. Her meat came from Mr Pike – George Pike who also had premises on Church Street. Eggs came from P K and we do not know who that was. Maybe somebody can help us with that. One thought is that it might have stood for ‘Poultry Kept’.

This ration book and a number of others have just been given to the museum. They stretch through to 1954 plus a petrol ration book which was issued during the Suez crisis.