In 1915 a hugely successful ‘Our Day’ sale was held in Market Lavington to raise funds for the British Red Cross. 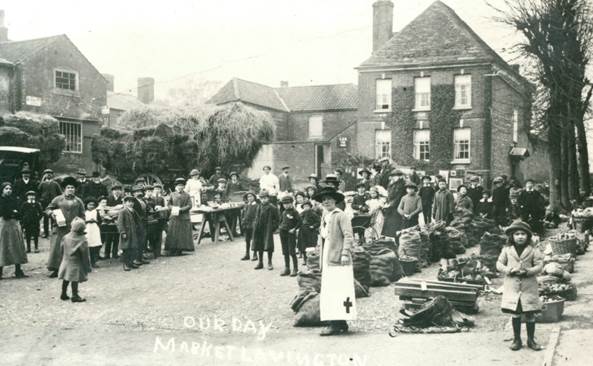 This event was re-created yesterday, 16th May 2015. For all sorts of reasons things had to be different For starters there are roads out of the Market Place and they had to be kept open. Both roads would have been entirely blocked in 1915. Secondly, no building shown in that 1915 picture still remains so, inevitably, the environment looked different. A major difference is that fit young men were present to be a part of the 2015 recreation whereas in 1915 most were away from home supporting the war effort.

A similar view for the 2015 re-creation

Our photographer grabbed a high vantage point for this photo which covers a very similar area.

Red Cross nurses appeared to be out in force for the 2015 market. 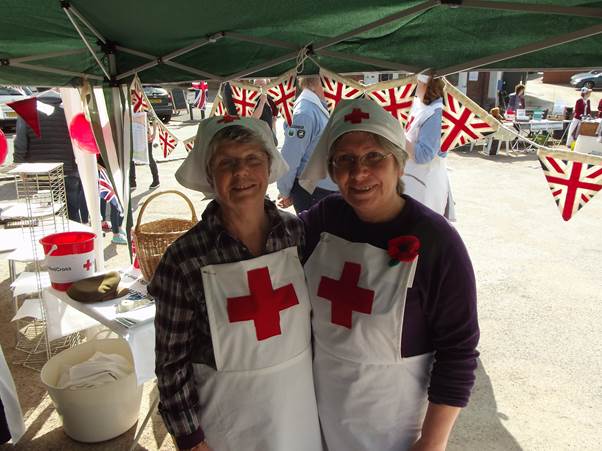 They were offering people the chance to have a bandage applied so that they looked like a wounded serviceman or woman – or, indeed, a civilian.

Our curator had a head bandage and here is pretending to need the support of a nurse who is actually one of our wonderful team of stewards at the museum.

The museum was able to display photos of the 1915 event on the window of the chemist’s shop. 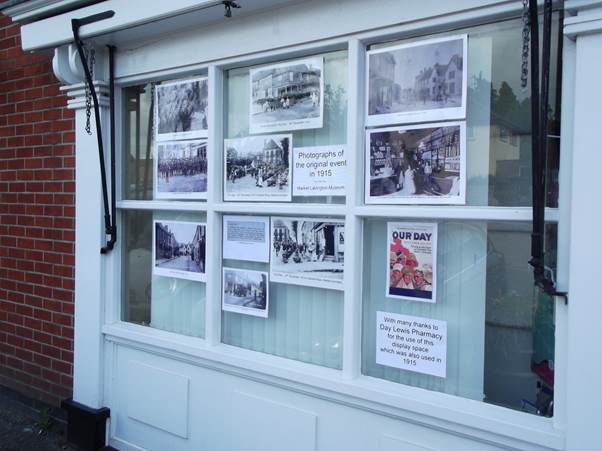 Our thanks go to Day Lewis Pharmacy for the use of the space which matched a window used to display notices 100 years previously.

We’d also like to thank the local folks who normally park their cars in the Market Place. As people arrived to set up stalls, the whole area was completely devoid of cars – a real testament to the support our village gives to local events.

And thanks must also go to the members of the First World War group who worked tirelessly to make the event a success. We can only wonder as to whether the event in 1915 was fun. The recreation certainly was although moments had the solemnity that perhaps was felt at the original event.

Let’s finish off with some more of those delightful nurses. 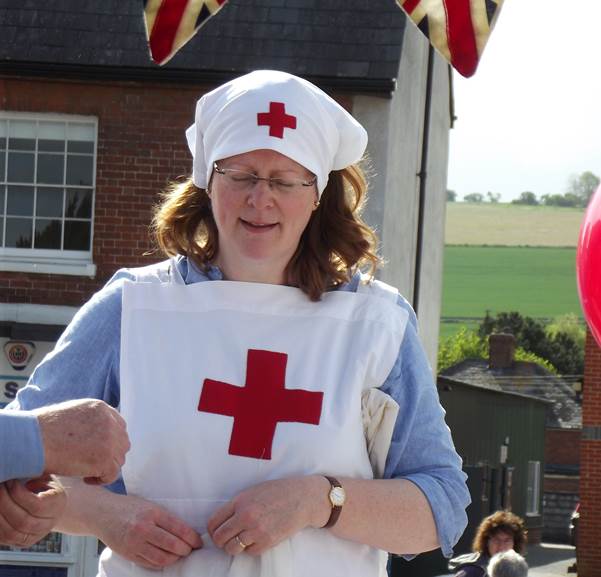 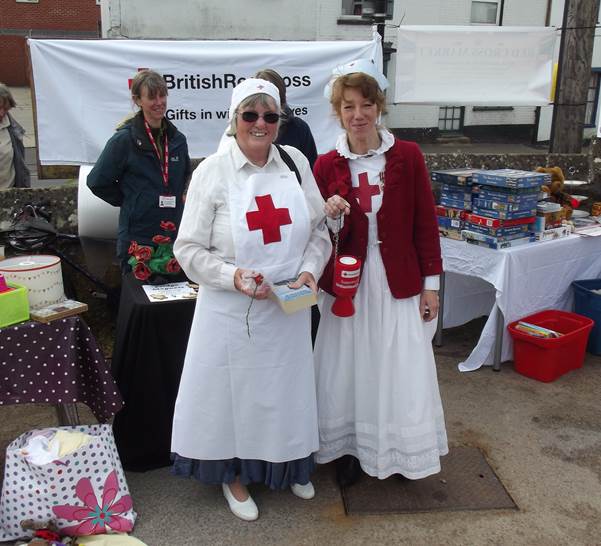 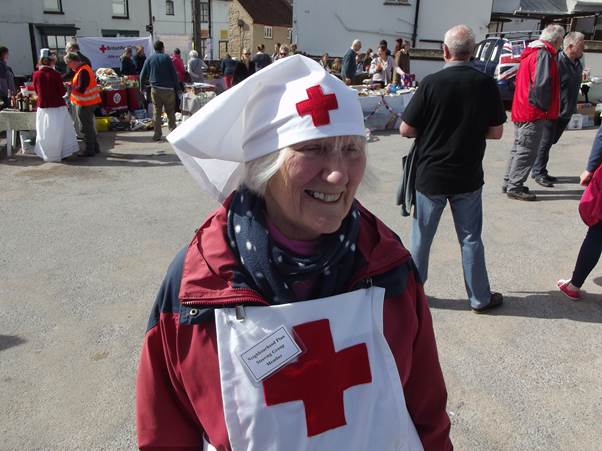