Peggy Gye, née Welch, has featured many a time on these pages. As our museum founder and curator for more than twenty years, she was that vital spark that set things in motion and saw them through to fruition.

She was born into a fairly well to do family which means they afforded studio photographs and today we feature a real charmer – Peggy aged two and a half. 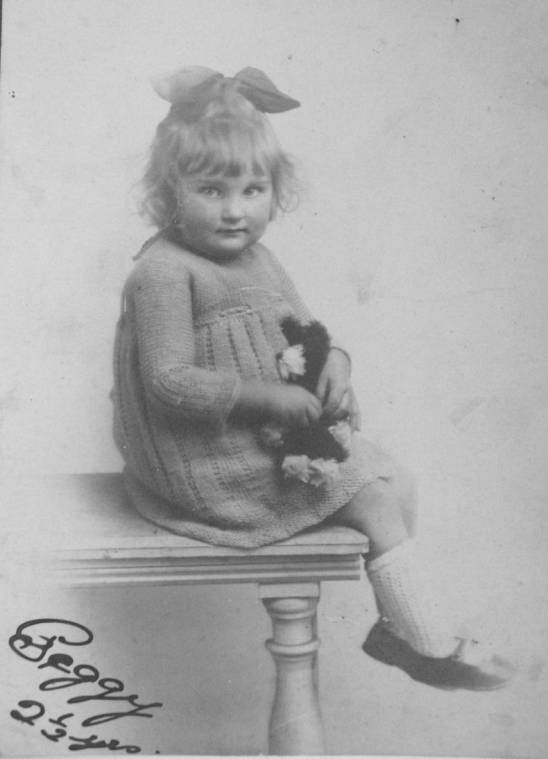 Peggy Welch, aged two and a half - a photo by Burgess Brothers of Market Lavington

The photo dates from 1923. We believe the photo was by Burgess Brothers. The balustrade that Peggy sits on looks identical to the one we have in the museum. This came from the Burgess studio.

Peggy appears to be wearing a knitted dress and wears very sensible shoes. She is cuddling a very cute soft toy.

And those Peggy Gye eyes, are clearly taking in the photographer as she learns all about what is going on.

It is now more than two years since Peggy left us. Her museum, of course, is still going strong.