For many a year, John Kyte’s Garden Rallies were an event in the village. Families descended on to the back garden of John’s High Street cottage and enjoyed a weekend of fun with their stationary engines. These came in all shapes and sizes and some were even steam powered. Many of the engines were what often gets called barn engines – small(ish) power sources used to drive machinery needed in agriculture. These were oil powered and made by firms such as Listers.

John was – and probably still is – an absolute enthusiast for mechanical devices of all kinds. We have featured an East Kent bus that he owned on this blog. (Click here)

John moved away from Wiltshire but has recently returned to the county. Whilst passing through Market Lavington he dropped some plaques off. These were items given to exhibitors and named the rally and the year. Many exhibitors proudly displayed boards covered in these items.

Here are some examples from those John left for us. They’ll bring back memories for many local folk and some from further afield. 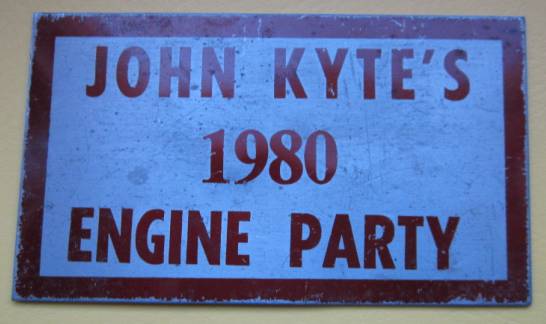 We have already featured a 1981 plaque on these pages. It was made of a heavier metal, possibly steel. 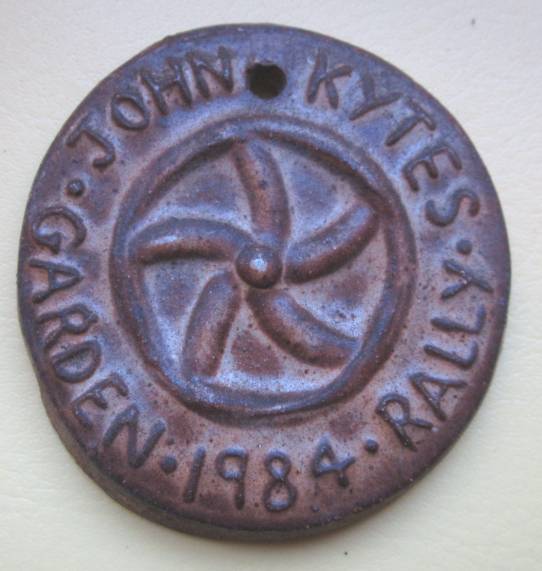 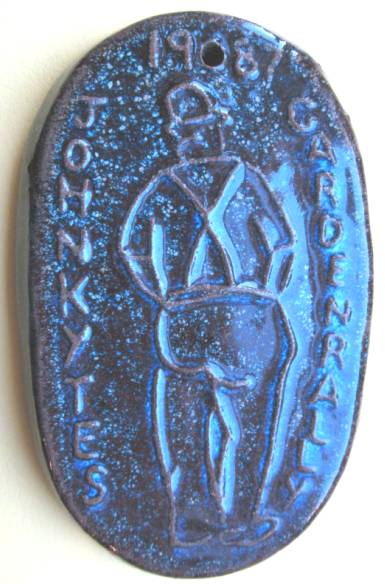 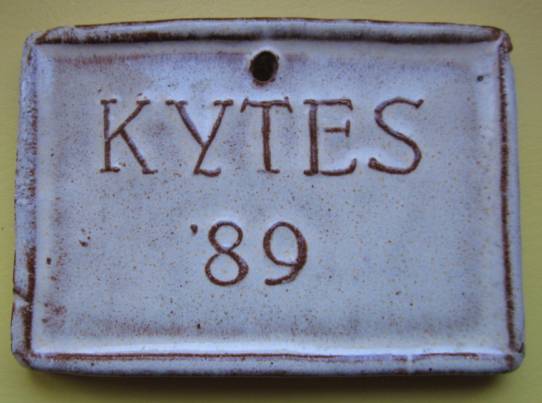 By 1989 these Market Lavington rallies were well known and the plaques, still in clay, were simpler affairs. 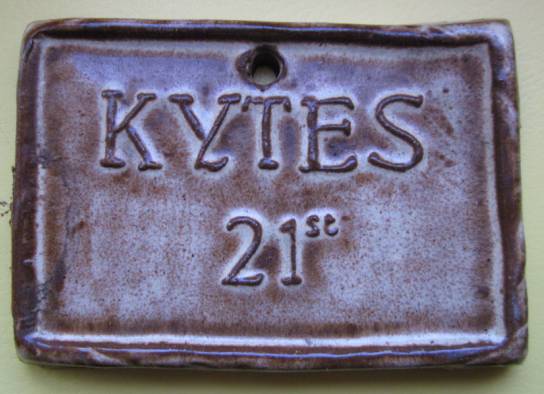 Perhaps someone could remind us just when John's rallies in Market Lavington came of age.

Thanks, John, for this collection of mementos.