We recently met the Reverend Sturton on these pages when he was part of a team ringing a peal of Grandsire Doubles.

John Anthony Sturton was vicar of Market Lavington from 1906 to 1940. He was born in about 1875 at Little Bedwyn, to the east of Pewsey. His father, Jacob was vicar of that parish at the time.

In 1901 John Sturton was a clergyman residing in Lyme Regis.

In 1911 John was at the Vicarage in Market Lavington (now the nursing home). He shared this building with his mother and older brother.

Both John and Clara are buried in Market Lavington churchyard although after retirement they lived at the house called Sparrows on Oak Lane in Easterton. John died in 1945 and Clara in 1958.

Today we look at a Christmas card he sent back in 1913.

As befits a man of the cloth, the card has a religious theme to it, offering, as it does, Glory to God in the highest with an image of Mary and Jesus. 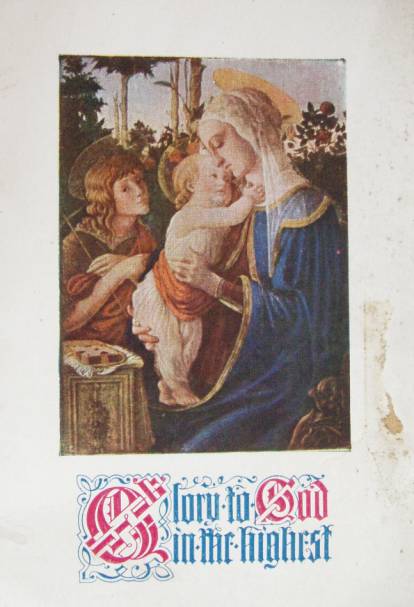 Front of card sent by the Rev. Sturton in 1913 and now at Market Lavington Museum

It is the card’s inner sides which give it the definitive Market Lavington connection. 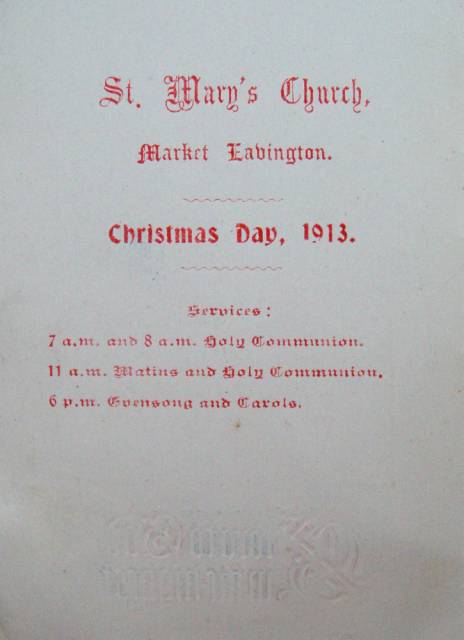 Inside face of the card gives details of Christmas services at St Mary's, Market Lavington

As can be seen, this seems to have been just about an official church card. It seems as though the vicar had four Christmas Day services to attend to at St Mary’s. That would make an impossible schedule for today’s rector, for he has a benefice of five parishes to look after.

The other internal page has a religious text and Christmas greetings from the vicar himself. 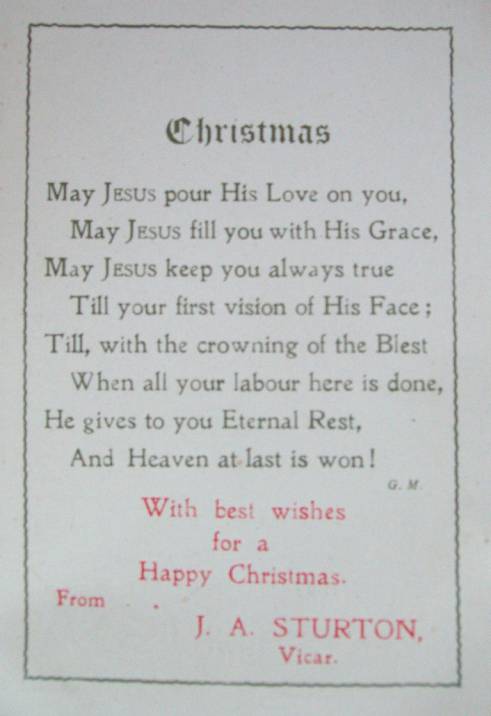 Best wishes from the Vicar of Market Lavington in 1913