Rogation is a Christian festival, which like many others had been attached to an older event from pre-Christian days.. Rogation Sunday is the fifth Sunday after Easter Day – a spring time event. The following information about Rogation Sunday comes from the Diocese of Worcester website at http://www.cofe-worcester.org.uk/  – specific page http://www.cofe-worcester.org.uk/pdf_lib/27.pdf .

This Sunday was originally so called because of the words in the Prayer Book gospel for the day:

“Whatever you ask the Father in my name, he will give to you”. (The Latin is ‘Rogare’ – to ask.) In the strictly biblical context, the chief thing to ask for is the spirit of God to enable us to be true children of God.

By the 17th century, the old Roman festival of ‘Terminalia”, or “boundaries”, had been adapted by the church and served a practical purpose. In days before Ordnance Survey maps, there were not always clear lines of demarcation between the parishes, especially where there were open field systems. During the procession, boys were bumped on prominent marks and boundary stones, or rolled in briars and ditches, or thrown in the pond to ensure they never forgot the boundaries. The Victorians made it more civilised by beating objects rather than people, in the context of a service and procession.

In the Western Church, processions to bless the crops and to include “beating the bounds”, developed from the old Roman rites of “Robigalia” (“robigo”: Latin for “rust” or “mould”), when prayers would be offered to the deity for crops to be spared from mildew.

These rogation themes of blessing the fields and beating the bounds were commended in the 1630s by the poet George Herbert, that epitome of English country parsons. He said that processions should be encouraged for four reasons:

Market Lavington celebrated Rogation Sunday in quite a big way in the 1950s. Our picture dates from 1953 and shows the Sunday School children on Rogation Sunday that year. It looks as though carrying flowers was part of the event for these youngsters. 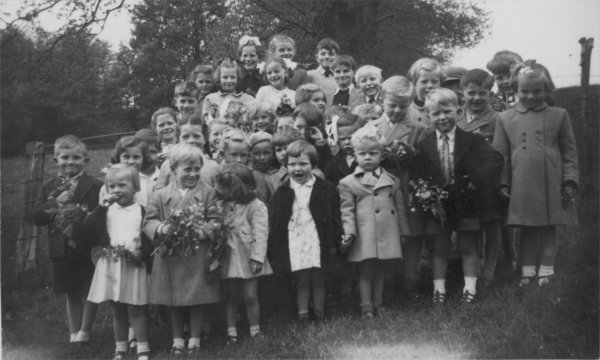 Sadly, our records do not name any of the children, but maybe somebody out there can give us some names. Close ups can help so here are some of the children. 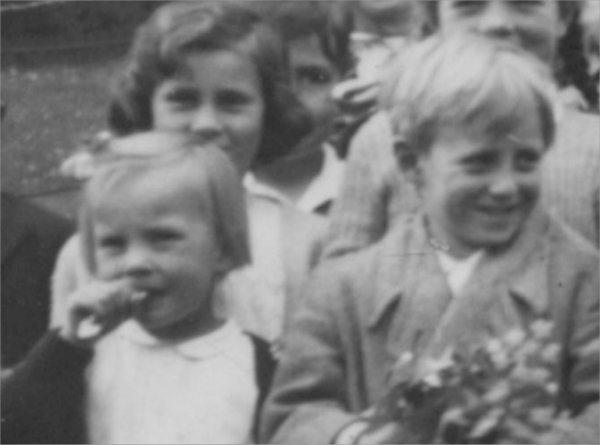 Two Market Lavington children at the Rogation Sunday event of 1953 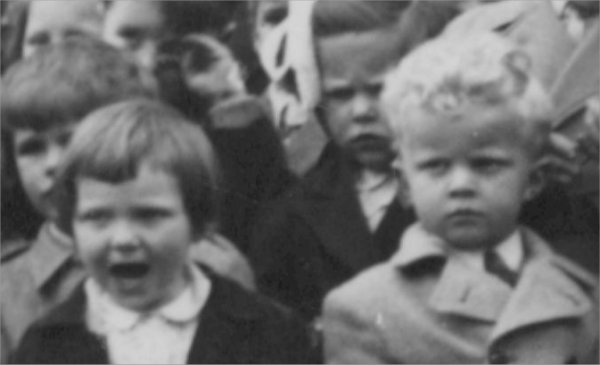