The Miscellany, a look back at our parish past, was yesterday. Today we’ll look to the present and remind people of the need to record what happens now so that, in the future, people can know how we lived, how we worked, and how we had fun.

Market Lavington and Easterton are still rural areas and agriculture still matters, albeit not so many people are employed. But the soil still needs preparing, ready for crops to be sown and here we see work on the hill to prepare a suitable tilth for sowing.

This photo was taken this month and it shows a device in use, based on the Cambridge roller which was invented by William Cambridge in Market Lavington. This probably deals with about 12 metres in one pass. It leaves the soil ready to be drilled. 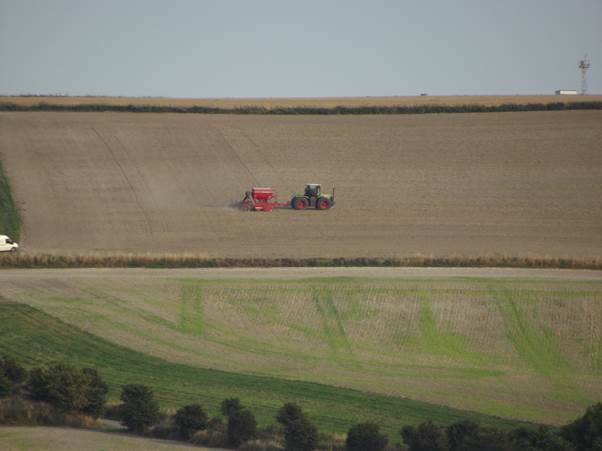 A seed drill plants next year’s harvest on Lavington Hill

Here we see a modern drill working on the slope of Lavington Hill. It’s a huge device working fast in a large area. 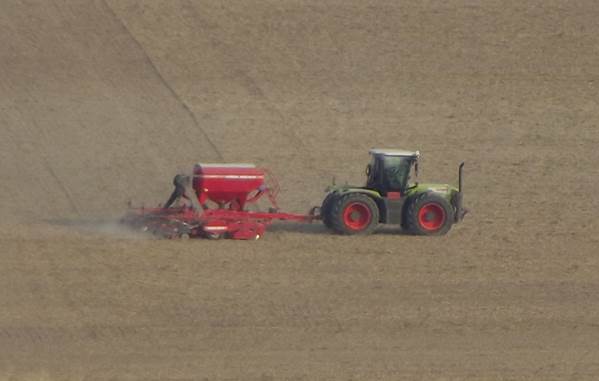 A local farmer told our curator that such drills, like the Cambridge roller, could cover 12 metres at a time and that they cost around £40 000 to buy.

But there we have a couple of photos that give an idea of the scale of local farming in 2013.