Many people have collected royal memorabilia in the past and many continue to do so. Not all, or even much of it can come to the museum for reasons of space or, more usually, because people hope to pass it down through their family. But they will often let us record a photo and today we look at a photo of one ‘royal’ mug. It belonged (and still does) to the Merritt family who lived at Vicarage Farm in Easterton. It is a coronation mug. 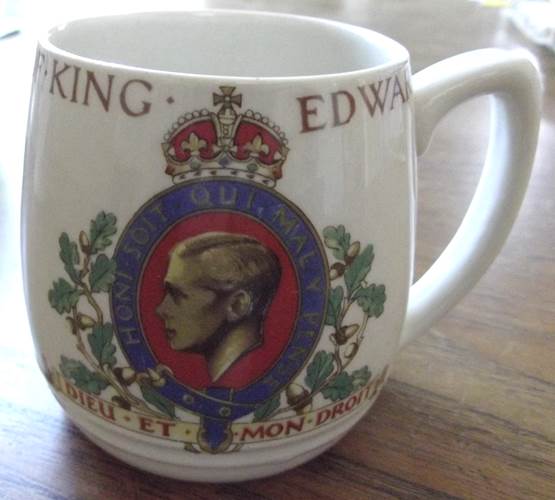 People who know about royal history will realise that this is a mug for a coronation which never took place – the coronation of King Edward VIII. 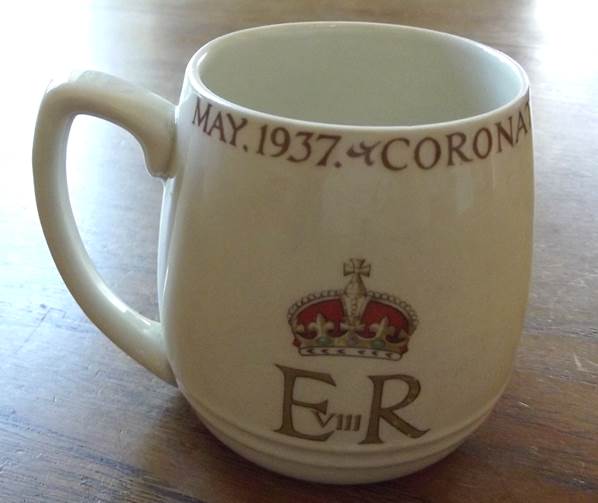 King Edward VIII abdicated before his coronation could take place.

This coronation was scheduled for May 1937 but of course, the King chose to marry the woman he loved and abdicated the kingship.

The country got its coronation for the plans made were transferred to the new king – George VI.

No doubt souvenir makers were a bit cheesed off at having to scrap the original memorabilia and producing new.