In keeping with our ‘Royal’ theme this year, we are now showing you a piece of memorabilia associated with a royal wedding. This was the marriage of Charles, Prince of Wales to Diana Spencer – a wedding which took place on 29th July 1981.

Our item is a coaster. 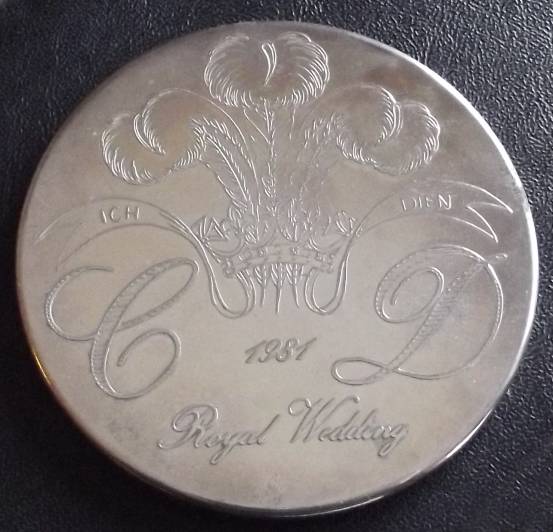 This coaster is silver coloured metal – but not actual silver. As can be seen it carries the Prince of Wales Feathers, and the motto, ICH DIEN – I serve. The letters C and D presumably refer to Charles and Diana. The year, 1981 is given along with the message, Royal Wedding’.

This item, like other royal memorabilia we have seen was part of the décor at Clyffe Hall, the former hotel.