Sarah Gye of the IOGT

Sarah Sophia Gye Was born in the spring of 1864. We can find her on the 1871 census when she lived on Stobbarts Road in Market Lavington with her parents, James and Mary Ann and her three sisters. James was a carpenter.

On 25th February 1874, Sarah became a member of the Lavington Juvenile Temple of the Independent Order of Good Templars. You can read more about this organisation here. 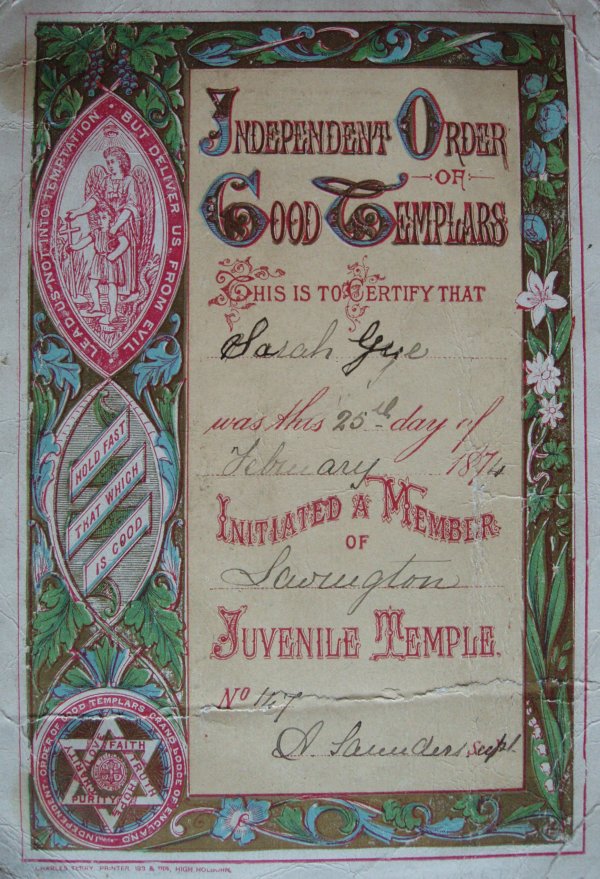 By 1881, Sarah had left Wiltshire. The 17 year old lass was a kitchen maid at a house in Westminster in London.

Our next record is ten years on. Sarah was, by then, a servant in Hove, Sussex.

Sarah married in 1899. Her husband was James Weston. At the time of the 1901 census, James was a Hackney Carriage driver and the couple, with baby son Francis, lived in Kennington in Surrey.

By 1911 another son and a daughter had been added to the family. A fourth child is recorded on the census as having died.

After that date, with the family not in Market Lavington, we have no records. Maybe someone can help.