Back in the 1980s, the Grove Farm Estate was under construction. An early resident, in digging his garden, realised that he was unearthing Saxon remains and a large archaeological dig took place in 1990. 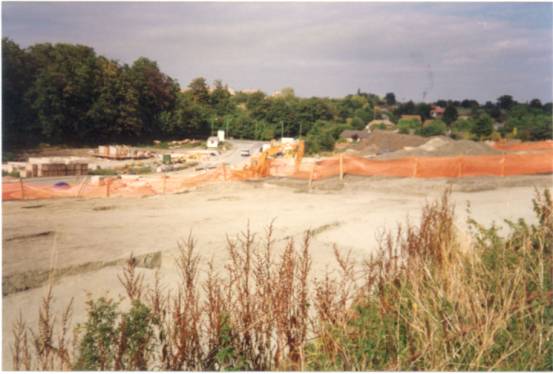 Archaeological dig on the Grove Farm site, Market Lavington in 1990

Here we see the extent of the dig. The brand new Grove Road can be seen heading off to the mini roundabout at the bottom of Canada Rise. Bricks are ready to start on houses in Beechwood. The area under archaeological surveillance includes all of what is now Roman Way and Saxon Close. 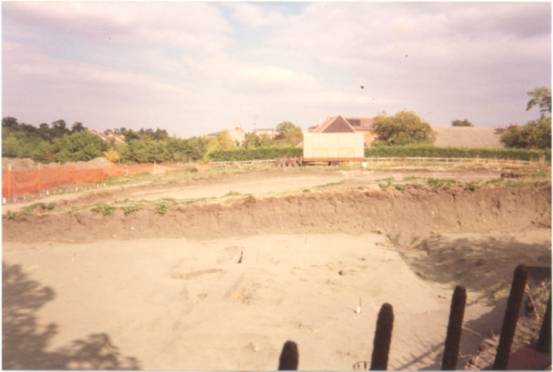 We can see how deep the archaeologists had to dig

This photo gives some idea of the depth of the dig as we look across from near the entrance to the church off Roman Way across to Barnhill House and The Racquets Court.

A Saxon burial ground was located – believed to be of quite a high status and here we see a photo of a Saxon man. 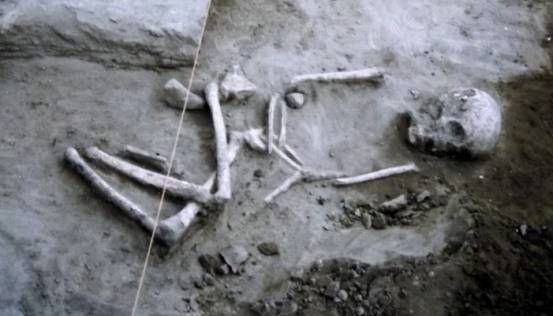 We do not have the man in our museum for we are not properly equipped to deal with such items.

We do have, in the museum, the report on this dig.

The report on the dig at Grove Farm, Market Lavington

Most people find this rather heavy going for it is not written for the layman.