Back in the 1930s, Market Lavington just had the village school, on Church Street. Easterton, of course, had its own school and students stayed at these schools until leaving age, unless they passed their scholarship exam and got a place at Devizes Grammar school – or their parents were able to pay for a higher education.

These were school leaving ages through the years.

Despite having students of all ages from five through to 14, Market Lavington School coped in its three classrooms and, apparently, with four teachers. 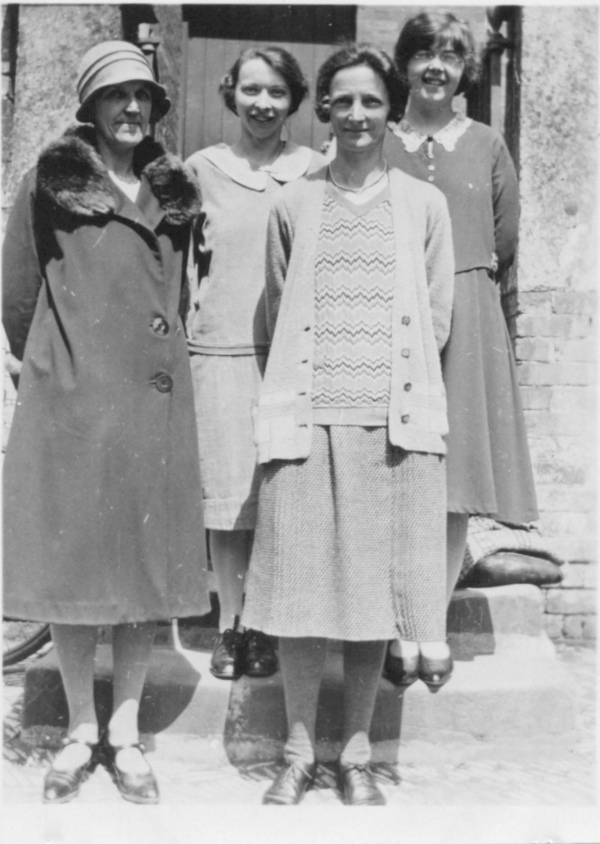 These teachers, shown in the photograph were Mrs Laycock, Mrs Elisha, Mrs Baker and Miss Drury

Mary Laycock had lived on the Terrace near The Market Place in Market Lavington, perhaps when her husband, William Laycock was head of the school. The 1926 electoral roll shows the two of them there, but the names have been crossed out, suggesting they had left by then.

May Elisha was a village girl for all of her life. She had been born as May Potter and had married Bill Elisha whose parents had a sewing machine shop in the village. For the 1939 electoral roll, this couple lived on The Spring in Market Lavington.

We do not know which of many possible Mrs Bakers the teacher was. Can anyone out there enlighten us? She may have been the former teacher who presented a cup for house activities in the 1960s.

Miss Drury is not identified, but we are sure someone out there will recognise her and be able to tell us more.