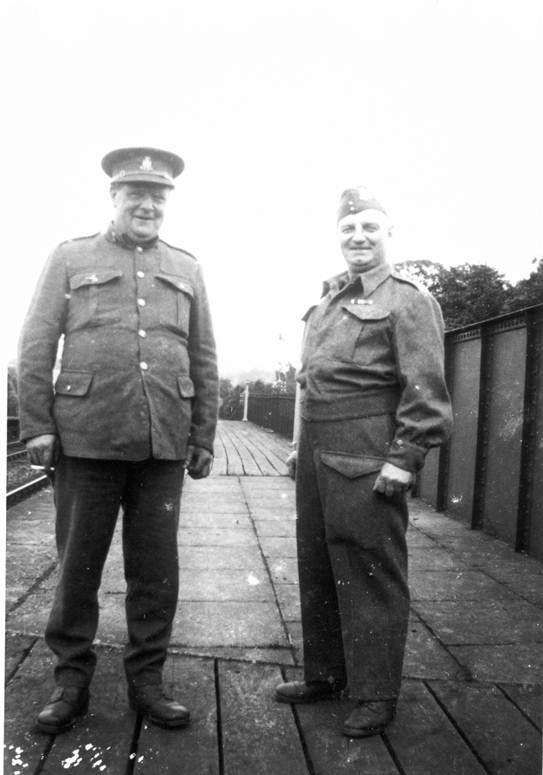 Here we see two fine soldiers, doing their duty for King and Country. The two men are Charlie Spreadbury on the left and Sid Mullings on the right. They are standing on the down platform of Lavington Station.

We know nothing about Mr Spreadbury, except that he was the company cook.

Sid Mullings, we know rather more about. He was born in about 1899, the son of William and Amelia. William was a basket maker, a trade which Sid followed him into. He was to be the last of a long line of Mullings family members to work in basket making.

In 1911 Sid lived with his parents and brother on The Clays, Market Lavington. Sid served in World War I. Indeed, he is wearing medals awarded to him for service in that conflict in the photo. We believe he served in the Machine Gun Corps.

Sid married Emily Perrett in 1924. In 1926 the couple lived on The Clay, possibly with Sid’s parents. Daughter, Margery was born that year.

In 1939 Sid and Emily are listed on the electoral roll on The Clays. Sid’s mother, Amelia was with them.