Selling the old vicarage in 1956

Many people, these days, won’t know that there was a former vicarage in Market Lavington. It was in use, as such, until the 1940s when the present house, near the church, became ‘The Vicarage’. With changes to parishes, that building is now, ‘The Rectory’.

The old vicarage became a large private house and, more recently it became the care home in the village.

It came up for sale in 1956 with an estate agent booklet to boost interest. We have a copy of this booklet at Market Lavington Museum. Interestingly, it has notes on it which tell us what the place sold for.

A photo was attached to the front of the brochure. 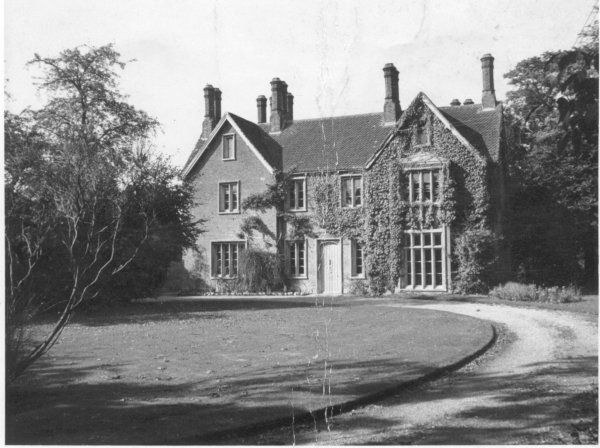 The Old Vicarage, Market Lavington from the 1956 sale brochure.

The brochure front gives details of the sale. This is where a note taker has recorded bids and final sale price, for lots 1, 2 and 3 – although we see that lot 3 didn’t sell. In fact the first attempt, to sell the three lots together failed too. 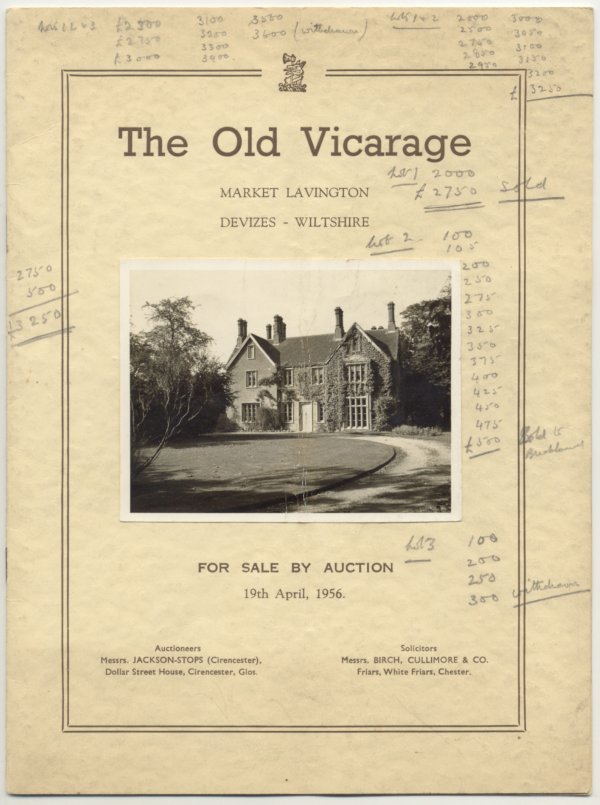 The front cover of the sales brochure

So what were the lots? Lot one was the house and gardens. The house itself had four reception rooms, seven bedrooms and three bathrooms as well as kitchen, scullery and ample halls. There was a cellar with the central heating boiler. Outside there were gardens running to about an acre and a half together with a coach house, another garage, stabling for three horses with tack rooms, a greenhouse and other buildings for storage of various commodities. Wow! All that for £2750.

Lot 2 was pasture land amounting to about three and a bit acres. Mr Buckland leased this land on a verbal arrangement and paid £10 per year. Mr Buckland, who bought the land must surely have felt he’d had a bargain at £10 per year.

The third lot remained unsold. This was the cottage and attached single storey shop which was next to the old parish room. This – the three bedroom cottage, shop and gardens failed to sell with a highest bid of £300. The property was let to ‘elderly’ Mrs Hopkins on a controlled rent of £13 per annum. Presumably nobody was willing to gamble on how long poor Mrs Hopkins would live. It must have been an unsettling time for her.