We are lucky enough to have a list of the men and women who served in the Second World War, separated out into the streets on which they lived. It is a hand written document and covers quite a large piece of paper.

We can note that apart from the lists, the paper was used for some working out – but clearly the lists are too small to read so let’s enlarge. 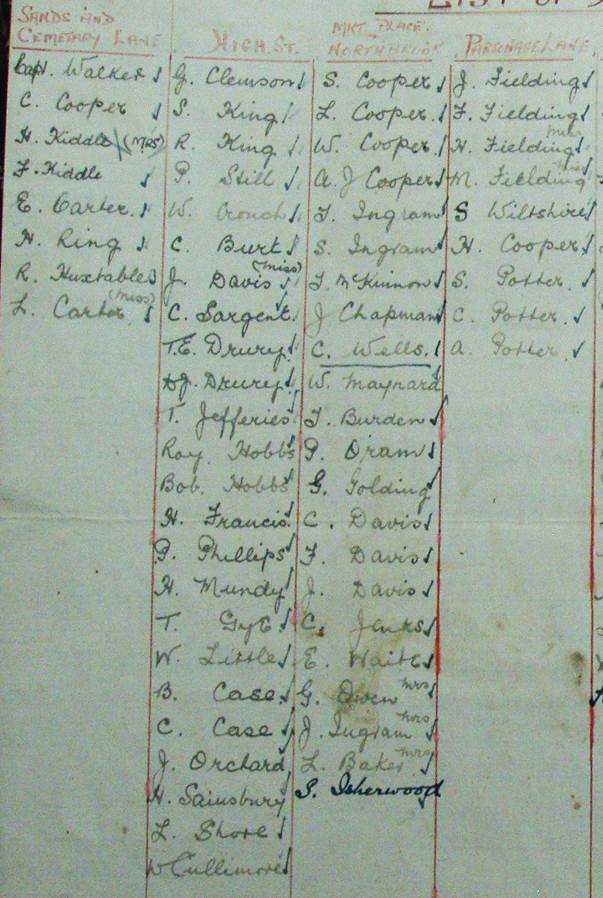 Here we have 63 people – those from The Sands and Cemetery (now Drove) Lane, High Street, Market Place and Northbrook and Parsonage Lane. 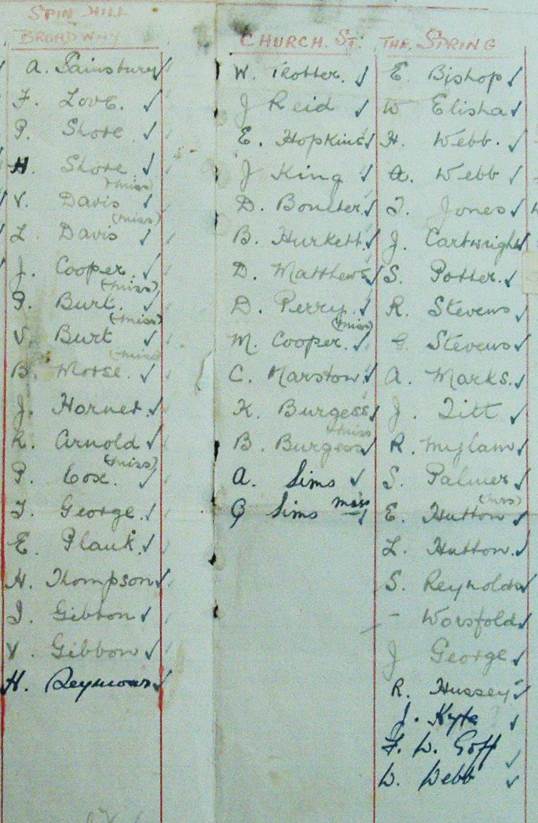 These list the 55 people from Spin Hill and Broadway, Church Street and The Spring. 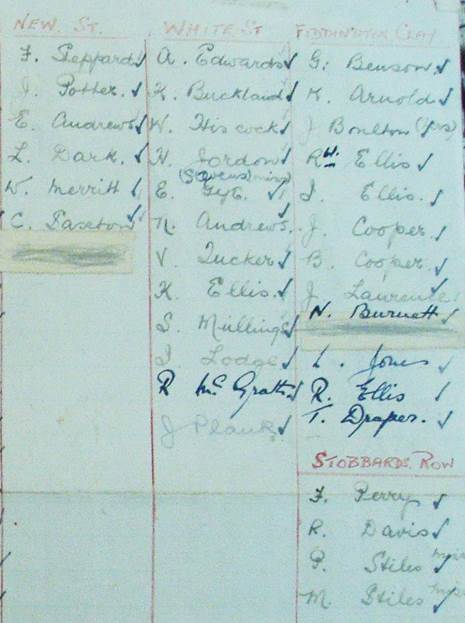 And here we have the 35 people from New Street (more often The Muddle), White Street, Fiddington Clay and Stobbards Row.

That makes a grand total of 153 serving men and women from just the one village of Market Lavington.