Anyone who has ever sheared sheep using hand shears will know what hard work it is. One can only marvel at the skill and strength of people who seem to be able to manage sheep and shears and remove the fleece with speed. But power shears are much quicker and these days shearing gangs hook up to the electricity supply and away they go, getting those fleeces off in a matter of a couple of minutes.

But power shears predate the ready availability of electricity. 100 years ago, or more, power could be provided by a second person winding a handle to drive the mechanism.

Market Lavington Museum has just been given such a mechanism which once belonged to Bill Giddings of Ledge Hill. They have been restored by Chris Farmer. 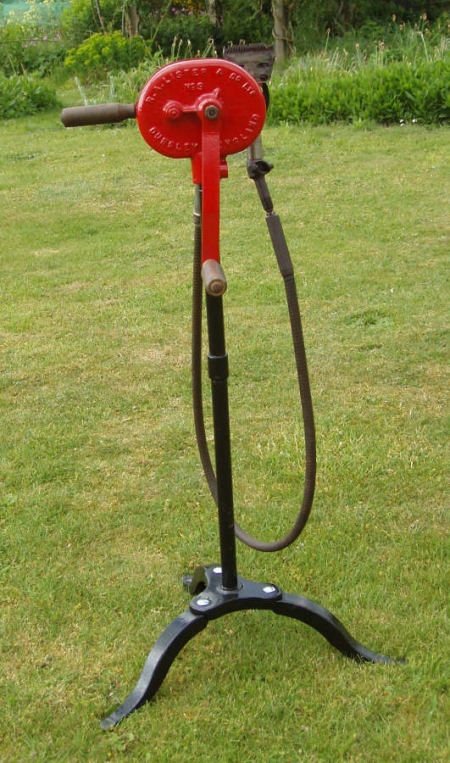 The mechanism and the clippers attached were made by Lister of Dursley in Gloucestershire. A firm with that name still makes sheep shearing equipment today. The mechanism is a model 9 and we believe it dates from the early years of the twentieth century. 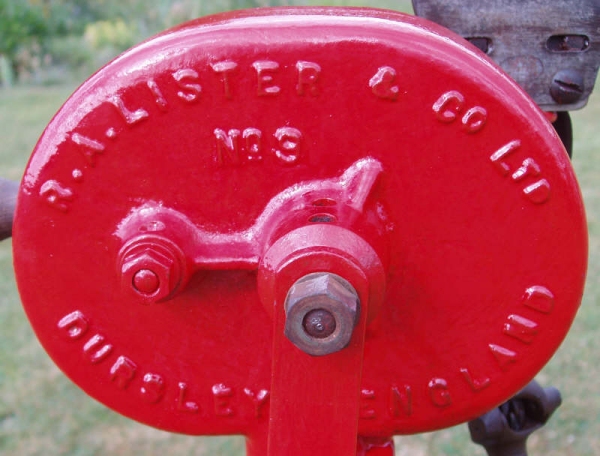 A person winds the handle to provide the power. A flywheel within the mechanism helps to keep the speed steady. The power is transferred to the clippers via a couple of universal joints and a flexible drive shaft.

The somewhat damaged clippers we have are fitted with comb and cutter suited to clipping horses or cows rather than sheep. The small pitch of the cutting teeth would not cope with wool. But it would be a standard job to change comb and cutter as required. 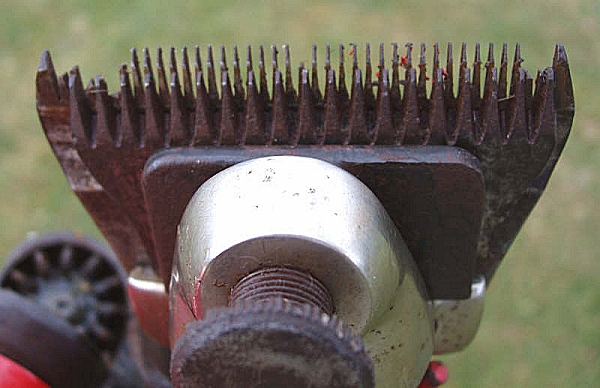 We hope to find a way of setting this up safely so that youngsters can have the pleasure of winding the handle to see what happens.