Most of us will remember Shippam’s meat and fish paste – indeed, it can still be obtained today.

This jar is another item dug up in the garden which had belonged to village eccentric, Cally Hulbert. 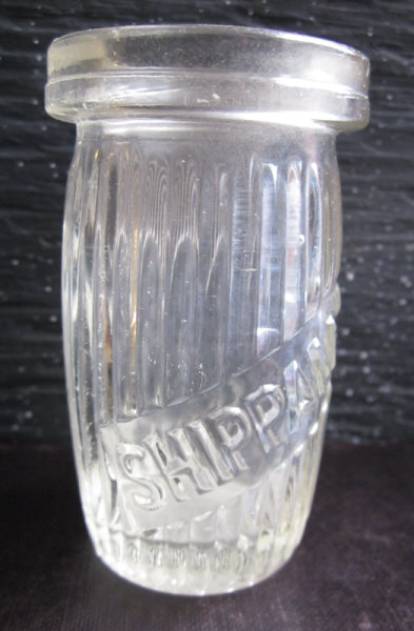 Shippam's Paste Jar dug up in a garden at Northbrook, Market Lavington

Apparently jars of this style were in use from the 1920s until at least the late 1950s. The chances are that this jar was used and discarded by Cally. Our thanks go to the British Antique Bottle Forum (http://www.britishantiquebottles.co.uk/) for their help in dating this bottle.

The Shippam Company was based in Chichester. Apparently, the older Mr Shippam was strictly teetotal and objected to his workers drinking. We are told that if he suspected one of his team of imbibing some lunchtime liquor he hauled the person in front of him and made him say, ‘Shippam’s Chichester Sausages’. Seemingly if they could manage that, they were deemed OK, but if they couldn’t say it clearly they were in trouble.

As a final thought, the person who found this jar thought it was very ordinary and said, ‘You won’t be interested in that, will you?’ Well of course, we can’t keep everything but ordinary things from living memory do need keeping. And museum visitors love saying, ‘Ooh, you’ve got one of them. I remember them.’ So yes, we were pleased to receive the jar.