Shove Ha’penny is a traditional pub game in these parts – and also popular for family or even fete fun.

Market Lavington Museum was recently given a shove ha’penny board, which had been used, at the former Kings Arms pub. It does not appear to be quite conventional in style.

In the traditional game the old British pre-decimal ha’penny (there were 480 of them in a pound) was used. These coins had a diameter of one inch and the board was marked with lines slightly more than that distance apart. The aim was to slide the coins up the board to get them perfectly between the lines. The game can still be bought and this is a relatively modern version shown here. 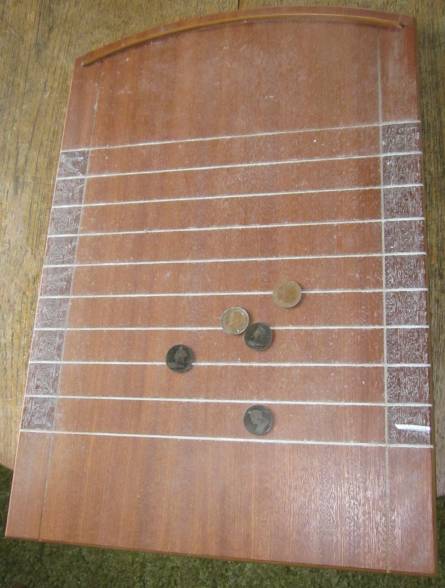 A modern shove ha’penny board

And here’s the Kings Arms board. 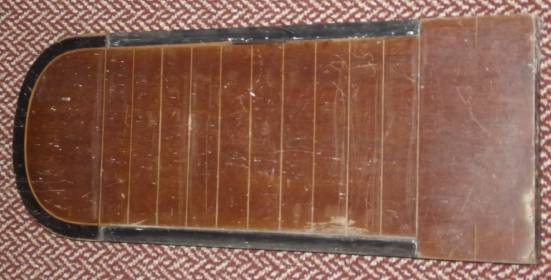 This board is longer and narrower than the more conventional board and the ‘beds’, the spaces between the lines, are twice as wide as those for a ha’penny. Presumably some special tokens were used with this version of the game.

This board is probably unusable at present.  Instead of having a cut groove to mark the edges of the beds, this one has inlaid strips. Several of these have risen so the surface is no longer flat and smooth. Scratches alongside these inlays suggest that attempts have been made to sand them down.

Maybe a former Kings Arms regular can tell us more.

For the record, the conversion of the former pub into dwellings continues apace as this post is written in June 2012.