Yes, it is the good old pun, for we are baffled by a photo which, to use the book term, is slightly foxed.

Like yesterday, this is an appeal for help with a postcard in a collection of images that recently came the curator’s way. 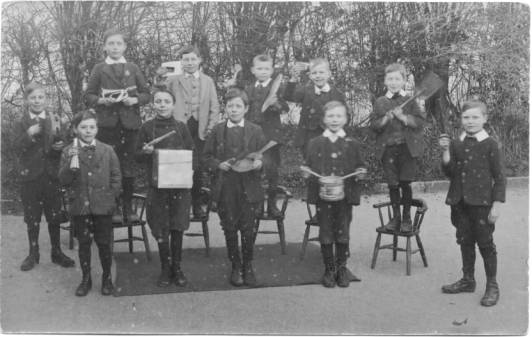 A boys band - but is it in Market Lavington, Easterton or elsewhere?

Here we have a bunch of lads carrying instruments of some kind. Some are genuine percussion – a tambourine and a toy drum. Others look more homemade. In one case the instrument appears to be a coal shovel!

Hand written on the back of the card is the simple two-word message, ‘Market Lavington’.

Sadly we do not recognise any of the lads or the rather distinctive little chairs.

The collection of images was in an envelope labelled Easterton and covers a huge spread of dates – most of the 20th century. Quite a few are very definitely in Market Lavington and not Easterton. It is this image, in particular, that has us slightly foxed. 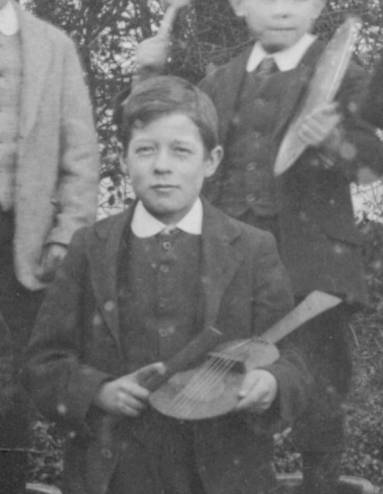 One of the lads in the band with a homemade instrument

This lad appears to have a homemade string instrument. It looks as though the plan is to hit the strings with a ruler.

It looks to be good fun, but once again we need those when, where, who and why questions answered.